David Campbell Bannerman MEP: I now know I made the right decision in leaving UKIP and joining the pro-referendum Conservatives

Recently I was informed that a UKIP Dorset branch had burnt me in effigy for returning to the Conservative Party. I was also physically threatened by a senior UKIP member. Neither was it easy or comfortable to let down good UKIP people who had backed me. I was accused of personal ambition for leaving.

But the reality was much simpler: I put my country first, and I had seen first hand that only the Conservative Party could save our nation from immersion in a United States of Europe that has been so often denied as fantasy, but is now being openly advocated by Angela Merkel, as the Chancellor of Germany and by the President of the European Commission, Mr Barroso.

If you believe in leaving the European Union, as two thirds of Conservatives believe or three-quarters according to the latest ConHome poll, what are the choices? Clearly the Lib Dems are predominantly arch EU federalists. Labour are a million miles away from Old Labour’s 1983 manifesto advocating withdrawal. So the choice is: a UKIP Government or a Conservative commitment to an In/Out Referendum.


A UKIP Government? Well it would help if UKIP had an MP, but it doesn’t. It has Lords and councillors, it threatens to have more. It has MEPs, mainly put there, like me, by Conservatives who wanted a stronger line on the EU. It is funny how 2 million people ‘disappear’ from UKIP between the European election and General Election: from 2.7 million in the 2004 Euros to 0.6 million in 2005 General.
It would also help if UKIP believed in policies, but it seems to regard detailed, well-thought through policies as an optional extra. After four years work by well qualified policy groups, and a well-received 2010 manifesto, which I had written, all policies were wiped from the party website overnight, without consultation, by Leadership diktat. The shambles over gay marriage policy indicates how jumping on bandwagons without working policies through can backfire.
UKIP sits rather uncomfortably between a political party and a pressure group – I call it a ‘pressure party’. But whilst the party professes to want to leave the EU it, incredibly, has no credible plan to do so.
Now with the Prime Minister’s excellent announcement of an In/Out Referendum – the Conservative option - I believe UKIP’s work is done and its future lies in supporting an Out vote in that referendum and not seeking to derail the one major political party that offers a genuine In/Out choice – ours. It is time to heal the fissure on the Right and to move forward under a united Conservative Party.
I was asked by Tim Montgomerie if I feel vindicated by today’s announcement. I do – vindicated and delighted. Ever since I returned to the Conservatives I have been working behind the scenes to argue the case for an In/Out Referendum, and have been graciously received by senior Ministers, Number 10 Advisers, media and local representatives.
I salute David Cameron for political courage and a straight, well considered and balanced speech. He has listened and he is not prepared to be browbeaten by overseas friends or domestic colleagues wary of democratic expression. This is a real choice, a proper debate, a courageous offer. It’s not a lurch to the right but a recognition of the majority view. It’s quite simply a gamechanger. So I appeal to those tempted to back UKIP to veer back to a Eurosceptic party with real bite, and to work to put the case from within, not without. You may well find you have a warm welcome - one that does not involve bonfires. 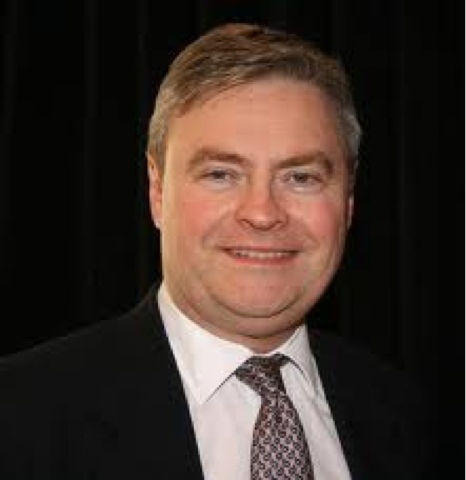 Posted by Cllr Patrick Warner at 04:39