In detail, the numbers suggest that the Home Secretary is focusing on the right areas. The number of people arriving on a student visa – a category rife with abuse prior to the Coalition crackdown – has fallen by 20pc. News that in future the UK Border Agency will interview 100,000 students from countries associated with a high risk of student visa fraud will help extend this trend.

Immigrants themselves are arriving from different places, too. The number from New Commonwealth countries – largely African and Asian nations – has fallen 30pc, faster than those arriving from the old Dominions. Although it is a very crude measure, having a larger portion of the immigrant mix from continents and countries with higher levels of human capital should ensure that we gain immigrants better adapted for work when they arrive.

Given that the target the Coalition set itself was to reduce net migration from non-EU countries to below 100,000 by 2015, today's figures suggest that they are on track. On the doorsteps, particularly outside of London, immigration is a very important issue. One of the truisms of mass immigration is that, be it the English in Dubai or Pakistanis in Bradford, while migrants change their sky, they don't like to change their company or habits. What people often miss is that this is equally true of the native population. People always have and always will gravitate towards their own. A promise to control the conditions under which British culture becomes further sliced and diced by imports, however worthy, is worth something. The indigenous population, who still constitute the vast majority of non-London voters, want to hear it and they want to see it done. If the Coalition continues in this vein, they will have a potent electoral weapon against the Labour Party, particularly in the towns and cities of the north.

Dismissed out of hand as a future leader by many commentators, Theresa May is intent on capitalising on her success. She made the right calls on immigration, Gary McKinnon, and Abu Hamza. Given this background, she has made a point of organising coffees with a number of backbenchers in the past months, emphasising that she shares their priorities. If she continues along the understated but effective path she has been ploughing at the Home Office, she could be a contender yet. 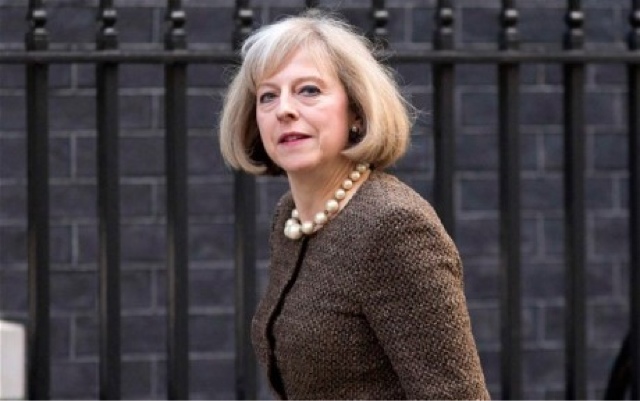 Posted by Cllr Patrick Warner at 13:54