Families will be forced to pay tax on jewellery and other heirlooms under controversial new plans drawn up by the Liberal Democrats.

Under the scheme, tax inspectors would get unprecedented new powers to go into homes and value rings, necklaces, paintings, furniture and other family treasures.

Householders would be forced to pay a new ‘wealth’ levy on the assets – with the threat of fines for those who refused to let snoops value their possessions.

A policy document seen by The Mail on Sunday spells out how the taxman ‘may have to visit homes to test values of jewellery, paintings, etc’.

Another plan to extend the proposed mansion tax to include those with ‘buy to let’ and holiday homes is also being considered by Nick Clegg’s party.

Both the Lib Dems and Labour are already committed to introducing a mansion tax on individual properties worth over £2 million.

However, the document reveals the Deputy Prime Minister’s party is now looking to go much further and levy the tax if anyone’s total property holdings are worth more than £2 million.

That would mean those who had invested in buy-to-let flats or a holiday home could be caught by the tax, even if none of those properties was worth over £2 million on their own.

Last night, both the jewellery and mansion tax moves were condemned by the Lib Dems’ Conservative Coalition partners as ‘the politics of envy at their worst’.

The plans come in a policy document drawn up by party tax experts – including Ms Munt and key Clegg ally David Laws – as groundwork for the Lib Dems’ next General Election manifesto.

Commissioned by the party’s Federal Policy Committee, which includes Mr Clegg and other senior Lib Dems, the report makes clear the party’s determination to force the better-off to pay more tax.

It lists, among a catalogue of proposals, a new ‘net wealth tax’ on personal assets, which would require taxpayers ‘to self-assess their net worth’ – which could then be checked by inspectors.
The report says: ‘HM Revenue and Customs, in policing the system, may have to visit homes to test whether asset values of jewellery, paintings etc, were correct.’

HMRC last night confirmed that they currently had no routine powers to enter people’s homes, with tax inspectors needing a court order for that level of access.

The document, to be discussed at next month’s Lib Dem conference, gives no details on what the rates would be for the wealth tax.

A similar scheme is already in place in France, with the levy paid on all ‘global assets’ including cars, jewellery and investments – with French tax inspectors having the right to enter homes. After his election last year, new Socialist president Francois Hollande more than doubled the main wealth tax rate from 0.25 per cent to 0.55 per cent for anyone with a ‘global fortune’ of between £690,000 and £1.1 million.

The Lib Dem blueprint also set out plans to expand the scope of the proposed mansion tax to cover an entire property portfolio, as an alternative to the ‘jewellery’ tax.

The document said: ‘If successfully designed, this would ensure taxpayers with multiple properties would be liable for the mansion tax on the cumulative value of their holding above £2 million.’

One senior party member last night said the so-called ‘mansion tax-plus’ would be hugely popular among party activists in their South-West of England heartland, where people resent well-off outsiders buying up second homes and putting up property prices for local residents.

But tax experts forecast that the change would end up bringing many more people into the mansion tax net. Mike Warburton, tax director at accountants Grant Thornton, said: ‘A hell of a lot more people would be caught by a cumulative mansion tax.’ He also condemned the proposal to extend the mansion tax as a ‘double taxation’ on owners of buy-to-let properties, who already pay tax on the rent they receive.

In a further move, the Lib Dems are also looking to boost the income from inheritance tax by changing the current gift exemption rules. Currently, any items given away in the seven years before death are subject to inheritance tax but the party wants to extend that to 15 years.

Separately, Labour confirmed that it would force a vote in the Commons to bring in a mansion tax and appealed to Lib Dem MPs to join them in forcing the measure through against Conservative opposition.

Last night, the Lib Dem tax agenda met with a scathing response from the Tories who warned that a Frenchstyle ‘jewellery’ tax would end up driving wealth out of the country.

And the revised mansion tax scheme was condemned as a ‘direct attack’ on people investing for their retirement. Tory MP Charlie Elphicke said: ‘This is the politics of envy at its worst. Not content with taxing people’s homes, the Liberal Democrats want to send tax inspectors to root through possessions – from your car to your jewellery. This is invasive, it’s punitive and it’s anti-aspiration– and people won’t stand for it.’

A Lib Dem spokesman last night said the tax ideas would be discussed by the party, but insisted they were not yet approved policy.

He said: ‘This consultation is part of the process of asking for ideas on how to ensure a fairer tax system.

‘It is up to Lib Dem party members as to whether these eventually become party policy.’
Privately, one party insider said the Lib Dems would be ‘mad’ to go with the French-style wealth tax.

Last night, an opinion poll showed Labour maintained a five point lead over the Tories during the past month. The ComRes survey put Labour on 36 per cent, Tories 31, UKIP 14 and Lib Dems down three points on just eight. 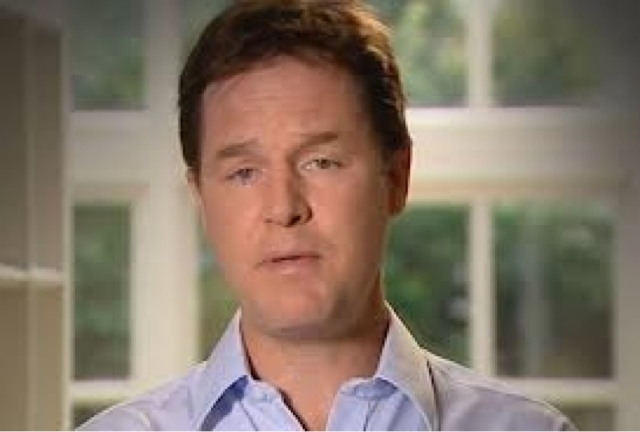 Posted by Cllr Patrick Warner at 15:29