Here in Eastbourne we are used to our particular strain of Lib-Dem knowing few bounds when it comes to campaigning, you don't have to look far to evidence this, but the latest row over bus stop signs out of order really takes the biscuit.

The bulky black screens at 15 locations around Eastbourne were part of the first phase of 'Real Time' information in East Sussex and were a joint project by our former Borough Council owned bus operator, Eastbourne Buses and East Sussex County Council in collaboration with Brighton & Hove bus company whose system it was connected to via local transmitters. The state of the art system revolutionised the way buses could be used by passengers and managed by the operator. As Chairman of Eastbourne Buses at the time of introduction I saw at first hand the control room which enabled Inspectors to pin point where our buses were at any time on a map of the area and respond to traffic jams by better management of the fleet. This was made possible by each of Eastbourne's buses being fitted with transponders which sent a continuous signal of their location back to the control room but would only continue to work reliably if maintained and updated.

When David Tutt's Lib-Dems took control of the Borough Council in 2007 against the odds, they sold Eastbourne Buses to Stagecoach without requiring them to maintain the Real Time information system. Within days, a large number of the old Eastbourne Buses fleet were withdrawn and either sold or transferred elsewhere in the group, being replaced by standard Stagecoach buses. The Real Time information was switched off at the depot as group management processes were adopted in Eastbourne and the transponders were either removed or worse still left on buses to be scattered in different directions across the country.

Stagecoach instead favoured the Traveline/Google Map 'Next Buses' service which enables mobile phone users to text a series of letters which are on each bus stop sign to get an update of the next buses arriving at that stop texted to your phone for a cost of 25 pence per enquiry. A small number of Real Time Information screens in the Town Centre and outside Waitrose in Old Town have continued to work because Brighton & Hove have maintained them for their service from Brighton to Eastbourne but the remainder packed up gradually because the Lib-Dems failed to ensure their survival.

Last week I was surprised to read in the Eastbourne Herald, the Lib-Dem Leader of Eastbourne Borough Council, David Tutt criticising East Sussex County Council for the inactive Real Time Information system. He branded the failure "absolutely pathetic" and was reported by the Herald to have said "the fact the signs are not working creates a bad impression of Eastbourne for visitors and it means residents are less likely to travel by bus". Cllr Tutt went on to say "the County Council's policy is to try and encourage people to travel by bus and other forms of public transport but this is a huge disincentive. I shall be taking it up with the County Council".

Meanwhile, rather than discouraging people from travelling by bus, East Sussex County Council have recently been successful in getting Government funding to expand the Real Time information system across East Sussex and have succeeded where the Lib-Dems failed and now reached agreement to get Stagecoach on board to work with them in updating the current system which will happen over the next couple of years.

However now Eastbourne's bus users know the facts about the inactive signs, they will be able to join an increasing number of Eastbourne residents who are becoming disenchanted with local Lib-Dems after their broken promises on parking, the deteriorated state of Council buildings was revealed and the much loved Wish Tower restaurant & WW2 tribute was hastily demolished without a proper condition report being completed. It's time for change! Change in the control of Eastbourne Borough Council isn't likely before 2015 but residents appear keen to send a strong mid-term message to Lib-Dems in this May's elections to East Sussex County Council. 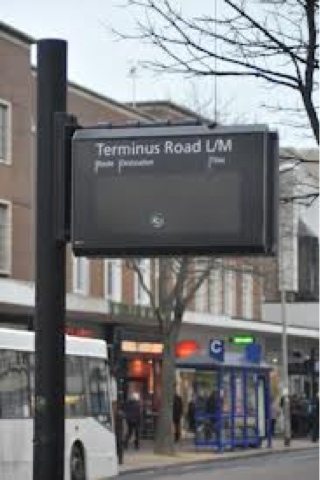 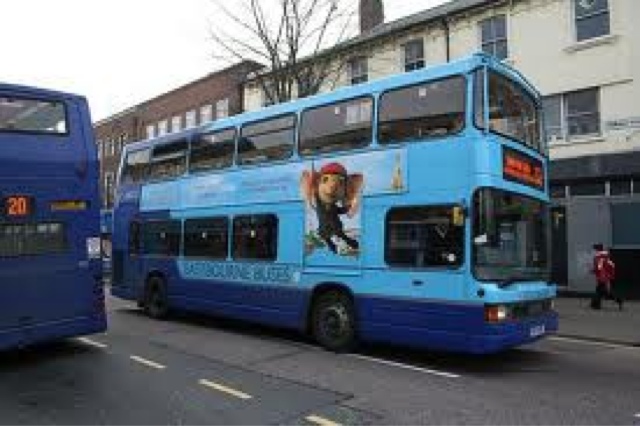 Posted by Cllr Patrick Warner at 14:40