George Osborne has welcomed the financial markets’ response to the UK’s credit rating downgrade, insisting that Britain’s economy has “not been found wanting”.

He insisted that the Government “will go on delivering on the economic plan” despite the downgrade and accused Ed Balls, the Shadow Chancellor, of being the “architect of the mistakes that gave Britain its debt problem”.

Forced to make a Commons statement on the decision by Moody’s to downgrade the UK one notch to AA1, Mr Osborne told MPs there had not been “excessive volatility” as the markets reacted.

“We have not seen excessive volatility in the markets today,” Mr Osborne said.
“Ten-year government gilts are broadly flat, trading at 2.1 per cent, within the trading range of the last week and near the very lowest rates of borrowing in our history.

“The FTSE 100 is currently up. The credit rating is an important benchmark for any country but this Government's economic policy is tested day in and day out in the markets and it has not been found wanting today.

“Families and businesses see the benefit of that in these very low interest rates.”

Despite the Chancellor’s claims, the pound came under further pressure against the euro today, dropping to a 17-month low, but held firm versus the US dollar.

It was already at a 31-month low against the dollar after it emerged last week that Bank of England Governor Sir Mervyn King is in favour of more emergency support for the UK economy.

Much of the reaction to the Moody's downgrade had been priced into markets following a run of recent poor economic updates.

However, the FTSE 100 Index was unmoved by the economic gloom as a large proportion of its earnings comes from overseas, triggering potential benefits from the weakness of the sterling.

Credit ratings assess a government’s ability to repay its loans, and can help determine the interest rate governments pay to borrow. Britain had been rated AAA, the highest possible rating, but is now rated Aa1, one notch lower.

Mr Balls said that Mr Osborne had made maintaining the AAA rating a key benchmark for his stewardship of the economy.

“The first economic test he set himself - now failed by this downgraded Chancellor,” Mr Balls said.
“And yet he remains in denial, offering more of the same failing medicine when even Moody's now agree sluggish growth is the problem.”

Mr Balls described the Moody’s downgrade as a “humiliation” for the Government.

However, Mr Osborne said the Government will now “redouble” its efforts to overcome its debts.
Mr Osborne warned that easing austerity measures would mean further downgrades from credit agencies in the future.

In an angry attack on Labour he compared the Opposition to an “arsonist calling the fire brigade and then complaining that we haven’t put the fire out quickly enough for them”.

Mr Osborne refused to predict when the UK might regain its AAA status, but said that “we can win the rating back”.

“I’m not going to make a prediction about that,” he said. “Moody’s is clear we can win the rating back provided we show a commitment to paying back our debts.”

Despite the downgrade David Cameron’s official spokesman has insisted that the Government's economic plan was “working”.

“The plan is working and that is why we believe the economy is healing,” the spokesman said.
The spokesman declined to speculate on whether the other main ratings agencies, Standard & Poor's and Fitch, might follow Moody's in downgrading the UK. 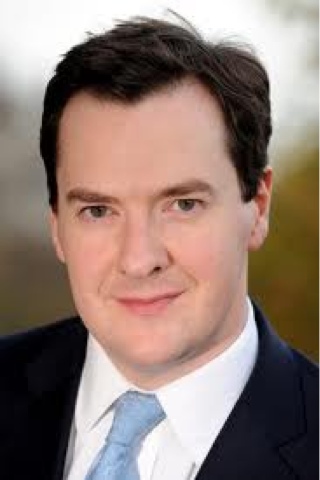 Posted by Cllr Patrick Warner at 10:56