The Eastbourne Gazette reports of yet another serious car accident which caused rush hour delays for long suffering local motorists.

Two people were taken to hospital last night after a rush hour crash on the A27.

Traffic tailed back along the A27 from Alciston following the four vehicle crash near Middle Farm.

The accident happened at around 4.50pm when two people had to be cut free from a Ford Fiesta which was involved in the accident.

Police closed the busy stretch of road in both directions which caused major tailbacks along the A27 and adjoining roads.

Two other people involved in the accident were taken to hospital with minor injuries.

The motion calling on the Coalition Government was passed by the vast majority of Councillors after being submitted by Sovereign's Cllr David Elkin and seconded by Alfriston's Cllr Nick Bennett.

If you agree that Government should look again and give plans to upgrade the A27 now, the green light - join the increasing number of local people from Eastbourne and the surrounding area and all the way along to Lewes and surrounding villages by signing the Government e-petition by clicking on the following link: 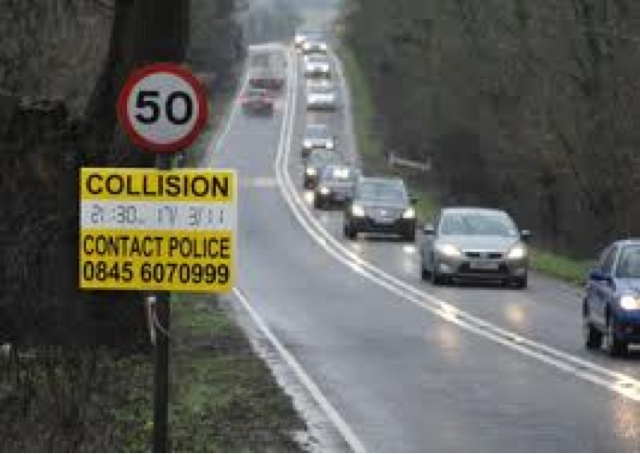 Posted by Cllr Patrick Warner at 14:58