It gives a whole new meaning to hard cash.
Plastic banknotes could be introduced within a few years, the incoming Governor of the Bank of England has suggested.
Mark Carney, who introduced so-called polymer notes to Canada, yesterday said Britain could now follow suit. 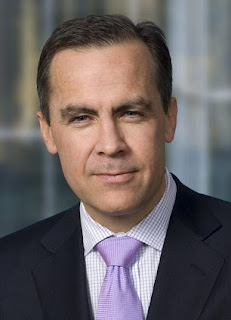 Plastic notes are designed to be more durable, waterproof and harder to forge than paper money, which has been in use for 300 years.
Other countries using polymer notes include New Zealand, Romania, Mexico and Vietnam.
When asked if Britain could look forward to plastic money, Mr Carney said: ‘The Bank of England is exploring a variety of options for their next currency, yes.’
He also responded to complaints that plastic banknotes are inconvenient because they tend to stick together when new.
Gesturing, the former Governor of the Bank of Canada said: ‘If you go like this with them yeah they come apart. 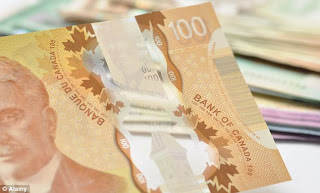 'They last longer, they’re cleaner and greener, good value for taxpayers and better for the environment.’
The Bank of England has put out a £1billion tender from 2015 for the printing of notes.
Part of this process demands that bidders are able to cope with the change from paper to plastic.
Mr Carney made the admission during an interview on Canadian television in which he also revealed that, despite not yet starting at the Bank of England, he already had an exit strategy, and plans to return to Canada when his tenure is over.
He said: ‘There’s a big challenge that I’ve been offered. Very much looking forward to it.
‘But in the end, I’m Canadian and I’ll come back and bother you.’
Mr Carney will succeed Sir Mervyn King as head of the bank in July.