Marta Andreasen said she was quitting her party in protest at the “dictatorial” leadership of Nigel Farage and his approach to the Eastleigh by-election.

She was also moving because of the Prime Minister’s decision to offer an in/out referendum on Britain’s EU membership, she said.

Miss Andreasen is a former chief accountant for the European Commission, who left after alleging mismanagement in its budget. She is a Ukip MEP for South-East England.

Her defection may take the shine off what has been seen as a robust performance by Ukip in Eastleigh: politicians from all three main parties have privately predicted that the party could beat Labour into third place.

It could also cheer Tories demoralised by their party’s performance in the seat.

Mrs Andreasen announced her move in a letter to voters in Eastleigh that will be published today .
In it, she criticises Mr Farage for his decision not to stand in the by-election, suggesting he is not serious about trying to win Commons seats. “For me, it confirmed that Ukip is only interested in being a pressure group,” she says. She also criticises Mr Farage personally. He is the party’s best known figure and also an MEP. The two are known to have had disputes about his management style.

Mr Farage “treats any views other than his own with contempt,” she writes. “Ukip is his plaything to mould and shape in any way he sees fit, regardless of the views of others, myself included. His actions, surrounding himself with an old boys club of like-minded sycophants, are dictatorial in sharp contrast to those of David Cameron who has shown he can listen, adapt and do what is right for the country, not just for personal gain.”

Grant Shapps, the Conservative chairman, said that the defection was a vindication of Mr Cameron’s European policies. Her words on the Prime Minister’s record “prove that the Conservatives are the only party who can protect Britain’s interests in Europe,” he said. 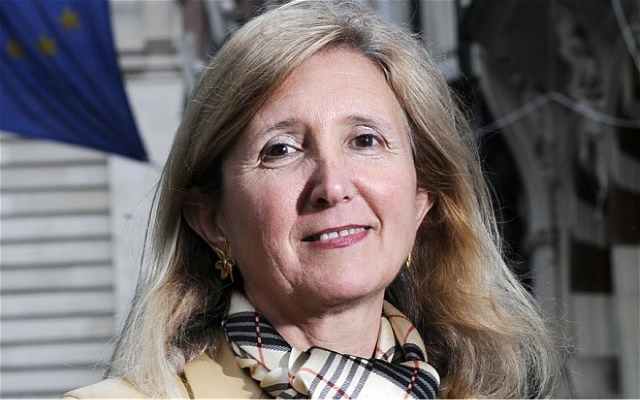 Posted by Cllr Patrick Warner at 15:16