Scroll down for real time updates:

Following reports which surfaced at lunchtime today (Weds 13th February) of 7 travellers caravans setting up camp in the public car park adjacent to Sovereign Park and the Water Treatment Works, our County Councillor, David Elkin has sprung into action, reporting the development to both Eastbourne Borough Council and East Sussex County Council.

An officer from Eastbourne Borough Council has been down to advise the travellers that they must move on. Police officers have also visited the site and my ward colleague, Cllr Philip Ede has liaised with them on the issue. Our local Police force have discharged their duty checks and advised them to move on and we will now be calling on the Council to apply for the relevant section 77 order to remove them.

Please be assured that your local Councillors will be monitoring the situation closely in the coming hours and will be finding out if any height restriction bars were missing which made their access easier to this car park. We recognise the stress that such un-authorised encampents cause both in terms of the mess that is so often left behind and damage to public and private property and will always take action quickly. 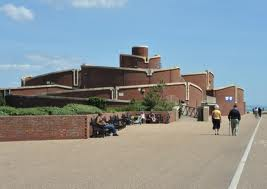 After leaving the office this evening, I've also been down to the car park to check and have written to the Senior Head of Environment to ask where the height restriction bar is at the entrance to the car park, if it was removed by the travellers that it constitutes criminal damage and should be dealt with accordingly and lastly, as the car park is a pay and display and cannot be accessed by regular users, are all cars and caravans displaying appropriately valued parking tickets and if not, that appropriate enforcement action is taken without delay.

Council officers have responded saying that the missing height restriction bar is being investigated and has been replaced a number of times recently but is not believed to have been removed by these travellers. An officer will be visiting today to request payment for use of the appropriate number of parking spaces used by the travellers and Police and Council officers are in final discussions on an appropriate order to ensure they can be removed as soon as possible.

Council officers have responded to requests of your elected representatives by serving Section 77 notices on the travellers first thing this morning and they have agreed to leave today as a result.

Officers from Sussex Police will continue to conduct regular patrols of the area to ensure that no criminal activity takes place and that no damage occurs to public and private property. Should the situation change for the worse, the Police will consider using their own order to remove them immediately.

I have received reports this morning that the height restriction bar which would have prevented access to the car park, was removed before their arrival and may have been down for a couple of days beforehand. I have asked Council officers to investigate these reports and review the process for checking and repairing/replacing of this equipment in the future so that the new opportunities for the travelling community to target sites in the Eastbourne area are minimised.

I expect the situation to be resolved later today but in the meantime I would like to thank Council officers and Sgt Munro and her team from Sussex Police who have responded quickly and efficiently since the travellers set up camp. 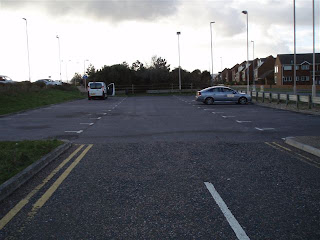 I am pleased to report that the travellers who had previously set up camp in the Harbour Reach Car Park in my ward at Langney Point, have now left the area.

By means of an update, the height restriction bar which was not in position and enabled the travellers to occupy the car park was damaged last week by a heavy goods vehicle and had to be removed for safety reasons. This is apparently the fourth time in recent history that it has suffered a similar fate but it should be back in position next week and will then be subject to regular checks again to ensure that it remains a prevention to similar traveller incursions in the future.

Furthermore, following campaigning over the last two years to improve security measures and level the ground on Five Acre Field (also in Langney Point), we are pleased to announce that funding has now been set aside in the budget for this year (from April 1st) to carry out the necessary work. We do not yet have the detail on what this will involve but we will keep residents informed and ensure that more information is shared with residents as soon as it becomes available.

Have a good weekend!

Posted by Cllr Patrick Warner at 06:42