Creating a smoke screen? Or hitting the nail right on the head? You decide

Last week I challenged the Lib-Dem Leader of Eastbourne Borough Council over his comments on the numerous non-working Real Time Bus Information screens. Cllr Tutt blamed East Sussex County Council and claimed that residents were not getting a fair return from the on street pay to park scheme, neglecting completely to mention that just over £2 million has already been committed to make improvements to the highway and streets-cape in our town centre to compliment the forthcoming Town Centre redevelopment and extension to the Arndale Centre. He also failed to mention that whilst his Borough Council also operates some pay to park bays in the Town Centre and Seafront, some of his own bays are more expensive than the County Council run scheme and are not heavily discounted on the seafront during the winter months to help local businesses as the County Council scheme is.

However when my challenge was published this week, Cllr Tutt accused me of trying create a smoke screen. I know I must have struck a nerve with my comments because I've been accused of muddying the waters by him before. The last time was when I exposed the Asset Management scandal in which it has been revealed that on two occasions since taking control of the Council in 2007, Cllr Tutt and his cabinet failed to take action to get a grip of the problems. When I quizzed him on this at a Cabinet meeting, he replied that he thought he had more important things to concentrate on and was backed up by his complacent colleagues who tried to suggest that other councils were in a far worse position. I have to say I don't know what situation other councils are in but as so many of Eastbourne's prominent buildings and attractions are now covered in scaffolding or being propped up by unsightly steel girders and as initial surveys on the first few properties reveal a staggering estimate of £7.5 million pounds worth of work required (which is likely to increase heavily as we dig below the surface) I'd say his attentions would better focussed on getting his own house in order before he starts casting doubt on other authorities.

In addition, it is now known that the dithering over what to do with listed fascia on the front of The Congress Theatre (which had to be covered up nearly three years ago to protect passers by from falling masonry) has lead to the condition to worsen. I understand this delay alone has incurred an additional cost of around £40,000 and that the amount spent on scaffolding has now exceeded the cost quoted originally to complete the repairs and remove the scaffolding. 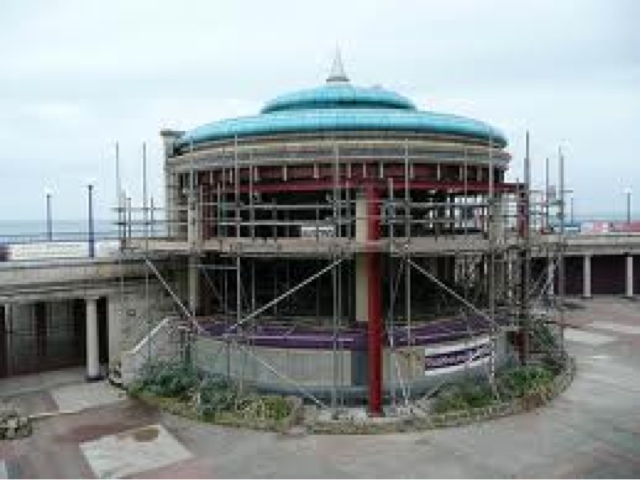 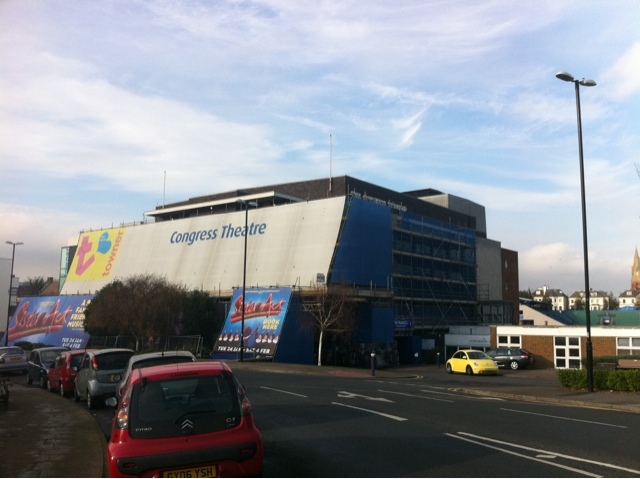 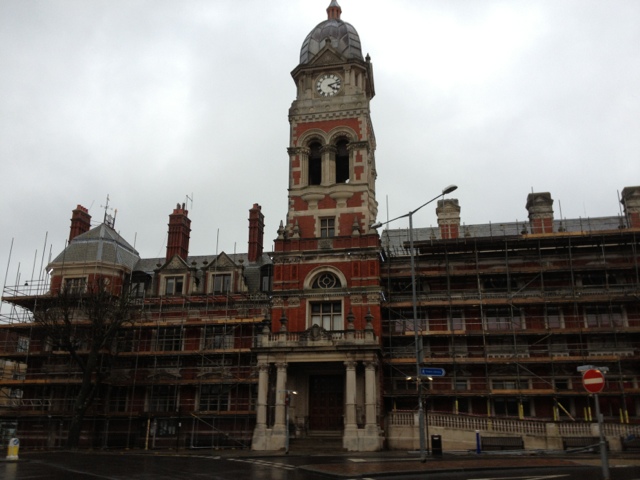 Posted by Cllr Patrick Warner at 10:10