Sex scandal engulfs Clegg: At least 10 women claim the Lib Dem's Chief Executive molested them - and the leader's office knew about it

The Deputy Prime Minister has been dragged into the sex scandal surrounding a top Liberal Democrat accused of molesting women.

Amid mounting claims of a cover-up, it emerged Nick Clegg’s private office was made aware of the claims as long as five years ago.

Aides to the Lib Dem leader refused to say how much he knew about the allegations that former party chief Chris Rennard had groped a string of female activists. But last night, evidence was growing that senior party officials ran an organised campaign to silence the women and shut down an internal investigation.

The Daily Mail has learned one female activist was sacked from the party and forced to sign a gagging order after trying to blow the whistle on Lord Rennard. Another woman, who claims that she was sexually harassed by Lord Rennard, described to the Mail how the party offered a bizarre form of ‘restorative justice’ in which she could confront him in private about the impact of his actions.

She refused and, after threatening to go the Press, was told she had no longer had a future in the party.

A third woman, who claims she was sexually assaulted at his London home, revealed the ‘Kafkaesque’ nightmare she experienced when she tried to report the incident to senior Lib Dems.
Mr Clegg, who claims not to have known about these specific cases, has now been forced to order an internal inquiry into the sexual harassment and groping claims.

In a statement yesterday Lord Rennard said he would ‘temporarily stand aside’ from his party roles while the investigation is carried out in order to ‘avoid any embarrassment to the party’.
At least ten women have now made complaints about the behaviour of Lord Rennard, who denies wrongdoing. The women said their claims had not been taken seriously by the party leadership.

A prominent Lib Dem last night likened the party’s handling of the allegations to the way the BBC dealt with the Jimmy Savile scandal.

Stephen Tall, co-editor of grassroots website Lib Dem Voice, said: ‘There is a gulf both in the severity and scale of the allegations. But there is also a potentially worrying similarity – that just as the BBC turned a blind eye to the alleged offences one of its stars, so too did the Lib Dems.
‘The party has to acknowledge the seriousness not only of the allegations themselves, but also the alleged cover-up.’

Lord Rennard became one of the most powerful figures in the Liberal Democrats after masterminding a string of by-election successes over the past two decades. His accusers claim he abused his power to try to take advantage of them.

Mr Clegg, who is on holiday in Spain, has made no public comment on the claims, although a spokesman said he was ‘very concerned’ about the developments.

A senior aide yesterday said Mr Clegg had not known about the specific claims raised on Thursday night by a Channel 4 investigation, but would not comment on whether he knew about wider allegations that Lord Rennard was a sex pest.

Clegg must have known what was going on as the investigation was being run by his own office
But the Daily Mail can reveal the Lib Dem party leader’s office asked a senior MP to carry out a probe into the accusations as far back as 2008, the year after Mr Clegg became party leader.

Mr Clegg’s deputy chief-of-staff Alison Suttie is said to have asked MP Jo Swinson to speak to workers about Lord Rennard’s behaviour under her then role as the party’s spokesman for women and equality. Former chief whip Paul Burstow is also said to have been informed about the claims.

A former Lib Dem party official last night said: ‘Clegg must have known what was going on as the investigation was being run by his own office. Alison Suttie was known as his gatekeeper and briefed him on all events within the party daily. Everyone was talking about it, and it was common knowledge.’

Labour MP Ian Mearns said: ‘Nick Clegg and all the senior party figures need to tell us what they knew and when they knew it.’

In a statement, Lord Rennard said he was ‘deeply shocked by and strongly disputes the allegations made against him’.

A Lib Dem spokesman said: ‘We will not tolerate harassment in our party.’ 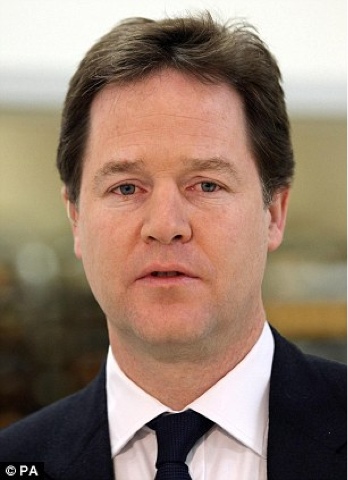 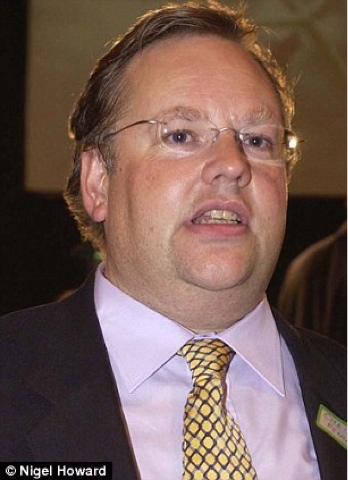 Posted by Cllr Patrick Warner at 15:28