Boris Johnson - One thing’s clear about Eastleigh: it’ll be a wretched day for Labour

The magnificent Maria may see off the yellow peril, but Miliband’s man is already down and out, writes Boris Johnson

Well, I came back from Eastleigh last week in a state of mystification. I really couldn’t say which of the Coalition partners will win this one – the Lib Dems or the Tories. I found a lot of strong Tory support in the aisles and car park of an Asda supermarket, but when we went for our set-piece canvass in a residential area, I am afraid it was a bit like a charge into the valley of death.

Ahead of us, at the top of the cul-de-sac, we could see the media with their sound booms and lenses, as densely arrayed as the Russian guns at Balaclava. To the right and the left of us, we could see the tidy front gardens and doors of the punters. Surely to goodness there would be some Tories among them? My friends, there were none – or not many. The first house contained a chap who leapt back in horror and refused even to shake my hand, and after that it got even stickier.

As we took our seats for the train ride back, I was filled with one overwhelming feeling – an urge more powerful than any I have felt at any previous by-election campaign. I want our candidate, Maria Hutchings, to win on Thursday.

I want her to win because I have never been out canvassing with someone who so obviously knows and understands her constituency, and cares about the people she hopes to represent.
My instinct, when confronted by any kind of doorstep resistance, is to flee. I smile my most ingratiating smile, rub my hands, and back off. That is not Maria’s approach. Someone had an NHS horror story – she had the answer, or at least a plan to help. Someone was angry about the fact that they might have to sell their home to pay for their own residential care, rather than pass it on, whole and entire, to their children – one of those miserable but sometimes inescapable problems. Maria did not have the answer, but she had some good and useful things to say about it.

And so it went on, all the time I was with her. I would stand there tongue-tied, while she showed that she had thought about people’s problems and in many cases actually done some work to solve them.

She struck me as someone who deserves to win on that basis alone; but I want her to win because she is not some cookie-cutter candidate from Central Office. She does not have a pasteurised and homogenised set of metropolitan opinions – indeed, some of her opinions are thought to be a bit out of step with the party leadership. But isn’t that what we want these days?

I would much rather have Maria Hutchings than some utterly Janus-faced and hypocritical Lib Dem, telling one set of electors one thing and then doing the exact opposite to someone else. Down in Eastleigh, the Lib Dems are in total charge of the council, and have just decided to build 1,400 homes on green space; and yet Nick Clegg has the bare-faced cheek to say that his party is all about resisting development in the countryside.

That is the trouble with this yellow albatross that is currently around the Tory neck: they are much better at the politics of opposition than they are at government. It is all very easy telling the students of Britain that Lib Dems are opposed to tuition fees, but when you get to power you have to work out a way to finance higher education. That is why Clegg’s most famous contribution to UK politics will remain his smash hit, I’m Sorry, as seen on YouTube a couple of million times.

In the same way, the Lib Dems have spent the past 10 years going around telling everyone, in their soothing and self-righteous way, that you don’t need nuclear power, and you don’t need coal power, and you don’t need gas power – all you need is a few wind farms. Now they are in office, they are discovering that their so-called energy policies will have us all reading by candlelight.
So I hope the good people of Eastleigh will go for Maria, and not these wobbling Lib Dem tergiversators. And if, by the way, you are thinking of voting for Ukip, can I just point out that Nigel Farage is a thoroughly amiable fellow to have a pint with, and all the rest of it; but a vote for Ukip is effectively a vote for the Lib Dems, since they are the only ones who can beat Maria and the Tories.

And that means a vote for Ukip is tantamount to supporting the party that is most boneheadedly and full-heartedly Europhiliac, the Lib Dems – the party that actually opposes any kind of referendum at all, let alone the in/out vote that David Cameron is offering the country (despite them promising precisely such a vote in their manifesto).

The final reason for giving my total support to Maria Hutchings, mother of four and candidate extraordinaire, is that she is doing spectacularly well in keeping the Tory end up, when you consider that this is the deepest and grimmest of mid-terms.

It was only a few weeks ago that serious Labour commentators were saying that the party should on no account write off Eastleigh. The seat was there to be won, they said, and on the face of it that was right. Look at the demographics, and it is a straight Labour/Tory marginal; and indeed, the Labour Party came second in 1994.

But where is Labour today? I don’t think I saw a single poster or piece of political propaganda advertising the main opposition party – the one that is meant to be contemplating government in 2015. Miliband’s troops are non-existent in an area that Tony Blair’s team would have fought hard to possess.

I don’t blame their candidate, an engaging gag writer from Have I Got News For You. Labour’s failure to make an impact is a biting comment on Ed Miliband, and his vacuous prospectus for the people of this country.

Whatever happens on Thursday, it will be a victory for the Coalition that the Conservatives lead, and a defeat for Miliband; and if Maria Hutchings pulls it off – the first Conservative by-election victory, in government, for more than 30 years – it will be stupendous. 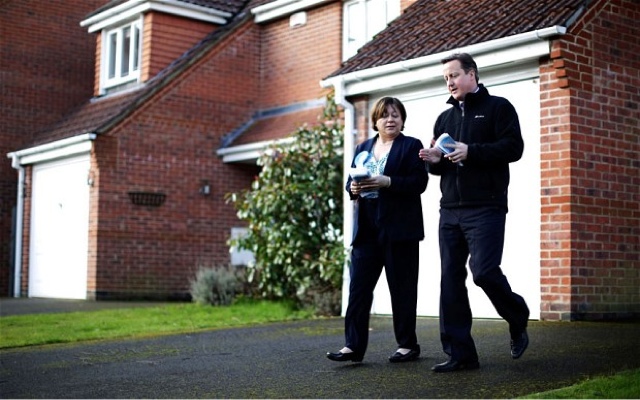 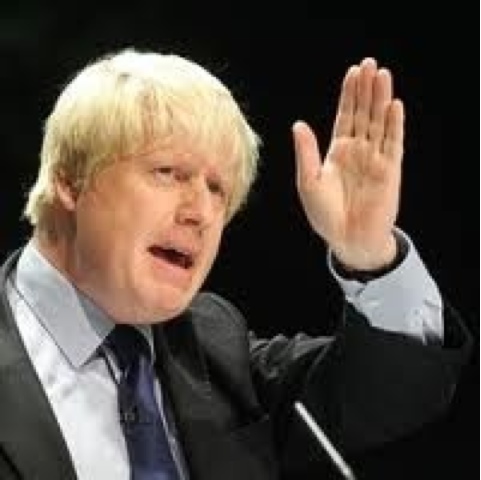 Posted by Cllr Patrick Warner at 11:14