Steve Barclay MP: Foreign doctors working in the NHS should be able to speak English to a safe standard

Stephen Barclay is the Member of Parliament for North East Cambridgeshire and a member of the Public Accounts Committee.

For the family of David Gray, the announcement that from April there will be legal requirement for foreign doctors to prove they can speak English to a safe standard before they can practice cannot come soon enough.

The death of Cambridgeshire resident David Gray in February 2008 following a fatal overdose administered by Dr Daniel Ubani, a German doctor on his first and only shift in the UK brought the issue of language testing for foreign doctors to national attention in the most tragic of circumstances.

Five years on, the Department of Health’s decision to draw up a nationwide register of doctor’s with proven language skills and medical expertise will prevent those unfit to practice like Daniel Ubani from simply moving from one health authority to another. It will also protect future patients and prevent families like David Gray’s from experiencing the heartache of the avoidable death of a loved one.

The reform is welcome and will do much to assure patients that vital changes are being made to improve the quality of care in a system which is undergoing a major crisis of trust and transparency.

It is obvious that the ability to communicate effectively with patients is a pre-requisite to quality care and treatment.

However, while this places the burden to verify a doctor’s language skills on the employer at the point of registration, as is already the case for doctors coming from outside the EEA, it is imperative that the General Medical Council is given further powers to test doctors from within the EU who wish to practice here.

Since entering parliament in 2010, when severe failure in NHS regulation was a scandal brewing all-too quietly on the wards of Mid Staffordshire Hospital, I have called for urgent action to ensure proper regulation of foreign doctors and tabled a series of parliamentary questions and debates highlighting the case of Dr.Urbani of in my own constituency.

Subsequent meetings with the Secretary of State for Health confirmed that there is a clear case for a package of measures designed to regulate foreign doctors’ licences to practice in the NHS.
The first and most important of these is the enforcement of suspensions to practice and disciplinary measures across the EU. Currently if a doctor is suspended or struck off by the GMC or foreign regulatory body, they are free to apply to practice wherever else they please within the EU.

Dr Ubani, for example, has returned to practice in Germany. Many will consider that he has escaped justice.

The need for cross-border checks on foreign doctors is all the more pressing given the GMC’s admission that in the last five years, 63% of doctors struck off or suspended were trained outside the UK.

Every day, thousands of foreign doctors bring their valuable expertise to the NHS and work tirelessly to improve the lives of their patients. They deserve our praise and gratitude.
However, we owe it to patients to ensure that those responsible for their care meet basic linguistic and medical standards before they are allowed to practice.

Strengthening the GMC’s powers to check a doctor’s ability to speak English and enforce sanctions for malpractice across the EU are basic protections which we can no longer afford to overlook.

As the events of past weeks have shown, when it comes to regulating for proper standards of care, the stakes are just too high. 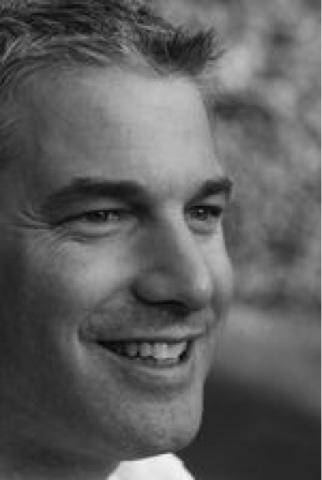 Posted by Cllr Patrick Warner at 13:44