Workers who diligently save into a pension are under attack from ‘corrosive’ plans sneaked out by the Liberal Democrats, experts warned.
Nick Clegg’s party is calling for the total amount that can be saved into a pension pot without incurring punitive taxes to be slashed by a third from £1.5million to £1million. 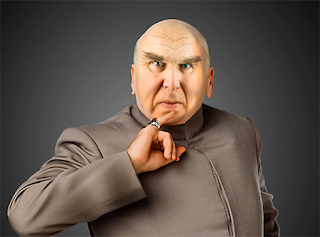 Experts warned yesterday the latest tax grab will hurt many middle-class workers.
A 65-year-old man with a £1million pension pot can buy an annual income for life of around £27,500 a year.
This calculation assumes the annuity is inflation-proofed, and his spouse will continue to get half of the amount if he dies first.
The major policy review, commissioned by the Lib Dem leadership, is also calling for the annual amount that can be saved into a pension to be cut from £50,000 to £30,000.
The Chancellor has already revealed the allowances will be reduced to £1.25million over a lifetime and £40,000 a year in April 2014 – but the Lib Dems want to go even further.
Tom McPhail, head of pensions research at the financial advisers Hargreaves Lansdown, said constant tinkering with pension policy is ‘corrosive’.
‘It reinforces the sense that you can’t trust the Government with your pension because one day they will come along and change the rules,’ he said.
‘The Lib Dem proposals seem to have lost touch with reality.
‘Telling savers that the maximum pension they can aspire to in their mid-sixties is £27,500 a year before they start suffering a hefty tax charge is an insult to anyone who aspires to build financial security for themselves and their spouse.
‘The constant cutting of pension allowances leads to the not unreasonable conclusion that politicians can’t be trusted.’
In recent years, the amount that can be saved into a pension has been under attack from a government that has repeatedly cut the key thresholds.
For example, it was possible to save a total of £255,000 a year with a lifetime allowance of £1.8million in 2010.
Malcolm McLean, a consultant at the pension firm Barnett Waddingham, said ‘this is not just about rich people’, adding: ‘All the changes are confusing and unsettling when people need a period of stability.’
Mr McLean said victims would include widows or widowers who want to put a large amount into their pension immediately after the death of their spouse.
Workers who have been made redundant and want to put their payoff into a pension pot would also be hit.
The ideas are laid out in a paper to be discussed at the Lib Dems’ spring conference in Brighton next month, but it is not yet party policy.
Joanne Segars, of the National Association of Pension Funds, said: ‘We need stability so people can trust pensions and get on with saving for their old age.’