The Prime Minister could use a mini-reshuffle in the spring to rehabilitate Dr Fox, who resigned as defence secretary in October 2011 over his links to his unofficial adviser and best man, Adam Werritty.

Some of Mr Cameron’s closest aides want Dr Fox to return as chief whip in a move that would be popular with the Tory Right and would give him the authority to act against any evidence of plotting against Mr Cameron.

Supporters of the former Cabinet minister say he has behaved with loyalty to the Government since his resignation. He has remained close to leading Conservative ministers including George Osborne, the Chancellor, and Chris Grayling, the Justice Secretary, both of whom, it is understood, would welcome his return to the Cabinet.

Reports surfaced last week of a move against the Prime Minister just as Mr Cameron had shored up support among Tory backbenches with a major speech.

Support emerged for Adam Afriyie, the former shadow minister who was brought up by a single mother on a South London council estate and has been dubbed a potential “British Barack Obama”.

Mr Afriyie, 47, is now a successful businessman and father of four understood to be worth about £100 million.

However, his political career foundered after he was made shadow science minister in 2007. He was one of several Tory frontbenchers who failed to get ministerial jobs in the Coalition formed after the 2010 general election.

The claim that Mr Afriyie was being seriously considered as a challenger, or successor, to Mr Cameron, caused many inside and outside the Conservative Party to scoff. Because of his lack of ministerial experience, he stands virtually no chance of becoming his party’s leader.

However, there is no doubt that Mr Afriyie’s camp approached scores of Tory backbenchers in political “manoeuvres” which began last October, hoping to tap in to dissatisfaction with Mr Cameron’s remote style of leadership as well as a growing Conservative discontent with George Osborne, the Chancellor, as the economy continues to struggle.

An MP who said he was “tapped up” by Mr Afriyie’s team said the “pitch” was that an alternative political strategy was needed for the Conservatives to prosper. “This was in contrast to the current regime of top-hatted 'trustafarians’ who know little about the economy,” the MP said.

“What was not to like about that? That is not exactly a minority view in the party.”
Another backbencher said: “The attack on George’s ability and the suggestion he was out of his depth as Chancellor was a key thing. George has cocked up economic policy, people know it, and Conservative MPs in seats with small majorities know it better than most.”

Opinion is divided among Tories over whether the Afriyie operation was designed to result in a strike against Mr Cameron before the 2015 general election or was merely “positioning” to get his “name in the frame” for a contest after 2015 — should the Conservatives lose power.

The “positioning” line is the one now put out by his camp, whose key figures include two MPs who were shadow ministers but did not join the government in 2010.

One is Mark Field, the MP for Cities of London and Westminster, and another is Bill Wiggin, whose constituency is North Herefordshire.

His presence in the Afriyie camp provides another intriguing twist to the affair as he was a contemporary of Mr Cameron at Eton.

Mr Wiggin said this weekend that he believed Mr Afriyie could make a “great prime minister one day”. However, other MPs insist the true purpose of the plot was to obtain a vote of confidence in Mr Cameron before the next election.

Under party rules, such a vote must be held if 15 per cent of the party’s MPs, 46 names, write calling for one to Graham Brady, the chairman of the backbench 1922 committee. For several years, plotting against Mr Cameron was confined to a group of fewer than 20 serial rebels and Tory malcontents, known as the “usual suspects”. One well-connected MP believes the number of letters in Mr Brady’s possession has been about “13 or 14” for some time — nowhere near enough to trigger a vote. Serial plotters have tried — in vain — to get the support of a Tory “big beast” such as Dr Fox or David Davis, the former shadow home secretary.

The move behind Mr Afriyie took the operation to a different level but there is still no evidence suggesting a vote of confidence in Mr Cameron will be achieved before the 2015 election. If a Tory leader loses a vote of confidence, an election is held to choose his replacement.

The medium-term future of the Tories is in the hands of the 2010 intake of MPs, who make up nearly half the parliamentary party. Among them there is very little support for Mr Afriyie and a residual loyalty to Mr Cameron. The 2010 Tory MPs are serial rebels — but they tend to revolt on policy issues, such as Europe, rather than personality or leadership.

One of their number said: “I can’t see any way David won’t lead us into the next election. He is an asset for us — he outperforms his party in opinion polls, which is the exact opposite of what Ed Miliband does. Sure, he can be arrogant and aloof and adds to the impression that we are run by a bunch of posh boys — but on the other hand he seems suited to the job of prime minister and looks at ease on the world stage.”

Opposition to Mr Osborne is strong among this group, however. Many MPs are resentful of the political preferment given to the Chancellor’s allies such as Matthew Hancock, the further education minister, and Sajid Javid, the Treasury minister. They are also worried about the performance of the economy.

Most of the 2010 intake are from the Right — a group that would support the return of Dr Fox. Making him chief whip — a move which has support inside No10 — would give him the authority to face down plotters, which seems to be beyond the current occupant of the role, Sir George Young.

One MP said: “You know the strangest thing about this little outburst? Nothing happened. Nobody got summoned into the whips’ office. There was no fire and brimstone and threats of revenge from No10. It’s a mistake I think. To do nothing will simply embolden people against David in the future.”

The elephant in the room when Mr Cameron’s future is being considered remains Boris Johnson. The Mayor of London is not currently an MP — ruling him out of contention for the leadership.

His likeliest chance depends on a combination of circumstances including finding a safe seat in which to contest the 2015 general election, the Conservatives being defeated, and gaining enough support among MPs to become Mr Cameron’s successor.

One Tory MP admitted: “I am on the Right of our party and the only person I think can deliver us victory on these terms is Boris. The last thing I want is somebody toppling David before 2015. The whole thing just doesn’t make sense.” 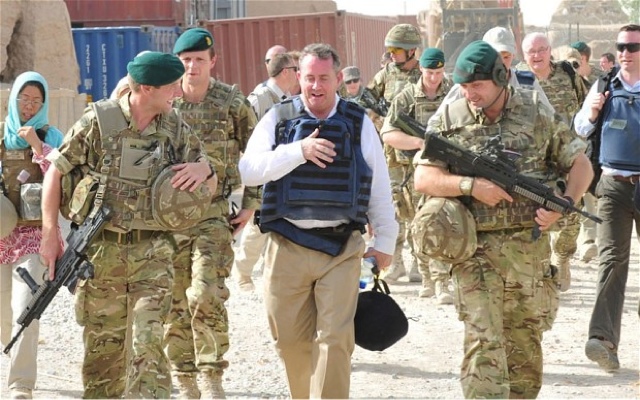 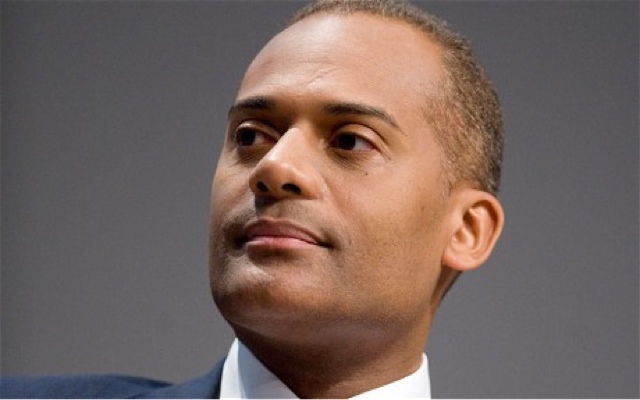 Posted by Cllr Patrick Warner at 12:55