Business minister Michael Fallon explains how the party can put the gay marriage split behind them in the run-up to 2015.

For many Conservatives, Michael Fallon cuts a reassuring figure in difficult times. First elected as an MP in 1983, he has been a minister under Margaret Thatcher, John Major and now David Cameron.

After the general election of 2010, Mr Cameron made Mr Fallon a Tory deputy chairman – and for the following two years it seemed he was hardly off the television as he did his best to defend ministers during the tricky infancy of the Coalition.

Last September he was made minister of state at the Department for Business, Innovation and Skills, at least in part to keep an eye on Vince Cable, his Liberal Democrat boss, who has been labelled the “anti-business secretary” by some Tory MPs.

Mr Fallon is firmly on the Tory Right. His particular political skill was once described by a colleague as being “able to put forward an unashamedly Thatcherite agenda while looking like your favourite kindly uncle”.

Last week was a particularly traumatic one for the Conservative Party. The Commons vote on same-sex marriage split the Tories down the middle – and engendered a fresh debate about the party’s true identity.

Traditionalists feared – not for the first time – that their values and beliefs were being ripped up by David Cameron, George Osborne and Tory modernisers who were pandering to the liberal metropolitan elite. Francis Maude, the Cabinet Office minister and moderniser-in-chief, did nothing to soothe them when he said in a television interview: “Sometimes parts of the Conservative Party move, but they move more slowly, or a few paces behind prevailing social attitudes or the centre of gravity… which will probably continue to change in ways it’s hard to predict.”

Mr Fallon, a 60-year-old father of two, was one of 10 ministers (plus eight Conservative whips) to vote against same-sex marriage. In an interview with The Sunday Telegraph in his office three days after the historic debate, he explains: “I didn’t think you could redefine something that is so central as marriage without much wider consent, not least from those who are married and prize the status of marriage.”

His words support the impression held by many Tories that the Prime Minister railroaded the plans through in an effort to prove the party had changed, echoing the battles fought a generation ago by Tony Blair against the Labour Party. His constituents in Sevenoaks, he says, are “overwhelmingly opposed to the Bill”. However, he hails the fact that it was a “genuine free vote” and believes critics “would have been much more scornful if we had announced a free vote, but then 95 per cent of the party followed the Prime Minister’s lead… there are differences of view”.
Furthermore, he insists the gay marriage debate, in the Commons at least, is over now. Thanks to support from Labour and the Lib Dems, the vote was won with a large majority. It is time for the party to move on, he says.

What it will be moving on to, however, will not be a clear path to a general election victory in 2015. The party trails Ed Miliband’s Labour by more than 10 points in some polls, and membership is reported to be down by around 100,000 from 2005 (when Mr Cameron became leader), currently standing somewhere between 130,00 and 170,000. Some MPs say their local membership has haemorrhaged over same-sex marriage.

MPs and activists alike expect battles for the party’s soul to rage over the next few years. Despite Mr Cameron’s promise of an in/out referendum on Britain’s membership of the EU, Europe will continue to rear its head as a point of difference among Tories. Many business leaders are worried about the Tory Eurosceptic “better off out” rhetoric.

“Part of my job is to reassure business that we want to recommit to the single market,” Mr Fallon says. “But obviously it’s long overdue that we get more refreshed public consent for it. By the time of the [2017] referendum, you will have to be over 60 to have had a vote on the European issue.”
Mr Fallon voted for Britain to stay in the Common Market in the 1975 referendum. How would he vote today in an in/out referendum? “It’s a hypothetical question because the whole thing is changing in front of our eyes… I’m not sure you can have a referendum now – you wouldn’t know what you were voting on, would you? We’ve set out the reforms we want to see, and if we get those reforms I shall certainly vote 'yes’ for a stronger single market.”

This month’s by-election in Eastleigh, called after last week’s decision by Chris Huhne, the former Lib Dem energy secretary, to step down after pleading guilty to perverting the course of justice, helps illustrate the two strands of Tory thinking. While modernisers have pushed the same-sex marriage agenda, the party’s candidate in Eastleigh, Maria Hutchings, declares she would vote for Britain to leave the EU. A Roman Catholic mother of four, she would also have voted against same-sex marriage, is against building on green belt land and proudly declares: “I am not a rich Tory toff.”

Such a platform might lead to embarrassment for Mr Cameron and some of the other Conservative ministers who will join her campaign. Strategists hope, however, it will do much to see off the threat of Ukip, whose leader, Nigel Farage, while deciding not to stand himself, was campaigning colourfully in the constituency yesterday.

Away from Eastleigh, George Osborne’s mantra of “austerity” is also giving rise to concerns in Conservative ranks, with MPs and activists alike pushing for more to be done to boost growth, while the construction of the HS2 rail link, which will run through some of the most beautiful parts of the country, will lead to tensions between local Tories and those at the centre for decades.

Mr Fallon rebuts the charge that Mr Cameron and Mr Osborne are out of touch with true Conservatives. “David Cameron describes himself as a marriage man and he’s devoted to marriage as an institution. That was his reasoning for wanting to widen marriage to gay couples.”
He admits the recent talk of plotting by MPs against Mr Cameron’s leadership is “damaging” for his party but also brands coup attempts “ludicrous” and tells plotters to “can it – and get behind the Prime Minister”.

The Chancellor, meanwhile, is someone who “understands very well what business needs now; he believes in low taxes”.

Why is Mr Fallon a Conservative? “Because I believe in freedom, I believe in enterprise and I believe in opportunity. I want the gap between what’s compulsory and what’s forbidden to be as large as possible. That’s Conservatism.”

With many Tories now pushing for radical tax cuts to stimulate growth, how far would he go there? “Enterprise is low taxation. Half of our GDP is [currently] state spending. We can’t achieve the nirvana of a low tax country overnight. It’s a long road.”

While Labour has been quick to brand the latter move as a “tax cut for millionaires”, the others are all helping “hard-working families”, Mr Fallon argues.

His post as one of “four and half” Tory ministers at the Business Department (Matthew Hancock spends half the week there and the other half at the Department for Education) does not, of course, give Mr Fallon the freedom to set tax policy. It does, however, allow him to try to increase the flow of money – both lent directly by the state and via banks – to companies.

He spends much of his time on the road promoting, among other things, the Government’s Dragon’s Den style start-up loans for entrepreneurs under 30. About 100 of these are now being dished out every week – with a target of 30,000 by 2015.

He also wants banks to be much more open about their lending – and last week wrote (along with Greg Clark, the Treasury minister) to bank bosses to urge greater transparency. One plan is for bank lending to be published on a constituency-by-constituency basis, to arm MPs with facts.
“MPs need to know which banks are back in the business of lending and which aren’t supporting their small businesses,” he says.

If Michael Fallon has a mission at the Business Department, though, it is one very much in the spirit of Thatcherism. He is the minister in charge of plans to privatise Royal Mail – and declares his aim of completing the historic move by April 2014.

“It’s one of our largest companies. It makes no sense, when it needs to invest and innovate, to deny it access to the capital markets. And I don’t want to delay any longer the chance for its 130,000 staff to have a stake in the business which parliament has already prescribed.”

Mr Fallon reassures critics that the Universal Service Obligation – forcing Royal Mail to deliver post at one price to every home in the UK, six days a week – is already protected under the 2009 Act paving the way for privatisation. He describes the amount of government work on the privatisation plan as “intense”. “We are determined to try to do this in 2013-14,” he says.

If the Government could pull off, in what remain tricky market conditions, what would be the biggest privatisation since 1990 – something Labour tried but failed to do when Lord Mandelson was business secretary (Mr Fallon suspects the party’s “heart wasn’t in it ideologically”) – it would be an achievement which, potentially, could help heal Tory rifts in the run-up to the 2015 general election. It would give the party, at long last, something to unite around. 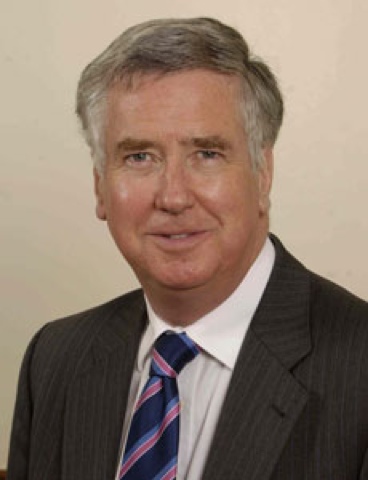 Posted by Cllr Patrick Warner at 14:06