Foreign Secretary William Hague has accused Argentina of "bullying and intimidatory behaviour" towards the Falkland Islands.

Mr Hague promised never to negotiate over the islands' sovereignty unless their people called for it - a referendum will take place next month.

Argentina's foreign minister has said the Falklands will be under his country's control within 20 years.

But Mr Hague told the Sun newspaper this was "fantasy".

And he said that the Argentine government's refusal to hold talks over fishing rights and oil exploration - because it refuses to recognise the existence of the Falklands - was a "counterproductive" approach.

Tensions over the Falklands, in the southern Atlantic, have increased in recent weeks.

Argentina claims sovereignty over the islands, which it calls the Malvinas.

The Falklands are a British Overseas Territory, and the government says this should remain the case under United Nations rules stating the right of all peoples to "self-determination".


On a visit to London last week, Argentine Foreign Minister Hector Timerman refused to attend a meeting with the Mr Hague because representatives of the islanders were present.

He said that, as far as Buenos Aires was concerned, Falkland islanders did "not exist".

But Mr Hague told The Sun: "This is a community that is nearly 200 years old. They seem very determined to remain British. If there's any chance they would change their minds, the approach by Argentina is completely counterproductive.

"It only fortifies the islanders' determination to stay British. It is only going to add to the decades and centuries that the Falklands will remain British."

Mr Hague called Mr Timerman's statements "extraordinary", adding that Falkland islanders "very much do exist and they are in good heart and great shape".

Mr Hague said the Argentine government, led by President Cristina Fernandez de Kirchner, had rejected diplomatic dialogue in favour of "a pattern of bullying and intimidatory behaviour towards the Falkland Islands".

He added: "We shall never negotiate about the sovereignty of the islands, unless the islanders wish it." 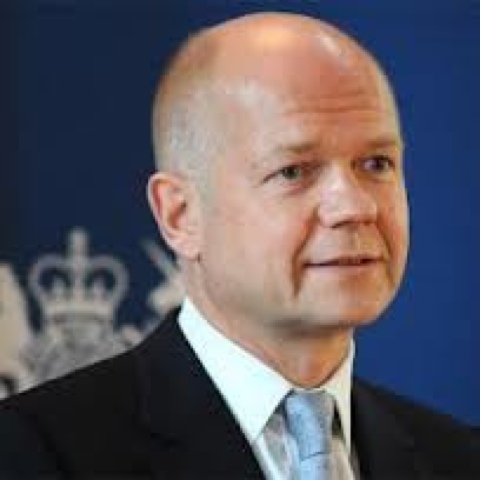 Posted by Cllr Patrick Warner at 14:18