Lord Risby: How Cameron's use of trade envoys is boosting business for Britain abroad

If we look at growth projections for Europe overall this year, they are at best anaemic. By contrast, the USA and many other countries seem to have much more promising outlooks. Our non-EU export performance has been good, but others have done better, and of course we have traditionally suffered from a substantial trade deficit. 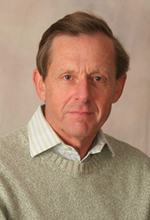 Last year a cross-Party group of six peers and two MPs was appointed as unpaid Prime Ministerial Trade Envoys – the appellation securing the highest access. My role is in Algeria. It was just over a year ago I went there for the first time, having always been fascinated by its turbulent and at times tragic and violent history. It would be tactful to say that the Franco-Algerian relationship is complicated. Today the French language is increasingly giving way to Arabic and English, and Algeria has developed strong trade relationships with other European countries like Spain, Germany, Italy and Turkey. The country has been remarkably stable, scarred by its own Islamist insurrection over twenty years ago, and views current events in many other Arab countries with alarm.

Our historic links with them had been very limited until President Bouteflika initiated a closer relationship after a visit to Britain in 2006. When David Cameron went there last week, it was as the first British Prime Minister since Algerian independence in 1962. He was warmly received with immense enthusiasm. What has in consequence emerged is a strategic security partnership, a comprehensive commitment to both establishing English language learning facilities and to encouraging trade and investment opportunities. From the President downwards, there is a huge desire to spread the English language, and the British Council is now responding. We of course have had our own experiences of terrorism. Out of the recent tragic events at In Amenas, comes a much closer, stronger partnership on a sustained basis.


Previous prime ministers like John Major and Tony Blair personally sponsored export promotion. Under William Hague the role of embassies as platforms for our overseas trade efforts is now well entrenched, and they work in tandem with UKTI to effect this. Having individual country trade envoys supplementing the ambassadors’ efforts would have been inconceivable in times past. Now most of our diplomats have greeted the trade envoy role with enthusiasm. In Algeria, we have a particularly energetic and focused ambassador and an embassy which displayed exceptional professionalism and humanity in dealing with the terrorist aftermath.
In my own case, the Algerian President has appointed as my counterpart the senior cabinet minister with responsibility for energy and mining. So we plan to work together to remove barriers to the significant investment opportunities in a very wealthy, energy rich country which wants to see educational and health standards upgraded, in addition to enhancing their security capabilities. So for countries as diverse as Indonesia, Vietnam, Mexico, South Africa and Azerbaijan, amongst others, trade envoys will be supplementing the efforts of the FCO and trade ministers like my fellow peers Stephen Green and Jonathan Marland, and working with the grain of local conditions.

Commentary about David Cameron inevitably revolves around domestic issues, but what is universally recognised by British business and officialdom is that no previous Prime Minister has committed more time and energy to strengthening our commercial activities abroad. Any dispassionate observer last week seeing him in action in Algeria, spurring on a comprehensive security, cultural and economic interlinked business relationship, would recognise that he fulfils this role admirably. It was his idea to introduce the notion of the Prime Ministerial Trade Envoy. In export markets we have indeed some catching up to do, but given the neighbourhood we inhabit, opening up new markets and successful export promotion is now quite simply a national imperative.
Posted by Cllr Patrick Warner at 03:20