The Lib Dems have launched a review of how they handle allegations of harassment. It follows allegations made to Channel 4 News of sexual impropriety over a number of years by Lord Rennard.


Women who worked for the Liberal Democrats have told Channel 4 News that the party's most powerful official abused his position for years by inappropriately touching and propositioning them - and that leading Lib Dem MPs and peers who knew failed to take decisive action.


The women say they complained about Lord Rennard, the Lib Dems' former chief executive, to senior party figures including the chief whip. But despite a manifesto commitment to equality, and tackling sex discrimination in the workplace, the party seemingly didn't do enough to root out sexual impropriety by a man hailed by many in the party as a legend, a guru, or even a genius. 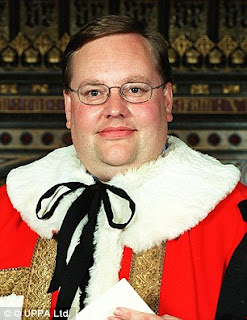 It was Lord Rennard's campaigning skills that meant he had significant influence over a succession of of Lib Dem leaders, from Paddy Ashdown to Nick Clegg, the deputy prime minister. But some female party activists and prospective candidates who came into contact with him accuse him of abusing that power.


On Thursday the Lib Dems said in a statement that they would be launching an immediate internal investigation into the issue:


"In view of the serious allegations put to us by Channel 4 and the concerns raised about how such issues have been handled in the past, Nick Clegg has asked Tim Farron, the party president, to establish an immediate review into all our procedures for dealing with these issues, including a thorough examination of how allegations made in the past have been handled.


"An internal investigation into the specific allegations raised by Channel 4 has begun under the Party's disciplinary procedures.


"We will not tolerate harrassment in our Party and we urge anyone to contact the Chief Executive or use our confidential whistle blower procedure if they have issues they wish to raise as a result of Channel 4's report."


Bridget Harris, who until just a few months ago worked as a special adviser to Nick Clegg, told us Lord Rennard behaved in a sexually inappropriate manner towards her over coffee at a conference in 2003 in Swansea.


"As we carried on talking he was touching my legs and my knees and he did it two or three times, and the first time I thought it was an accident and I crossed my legs. Then the second time I realised he was actually doing it. Then when he tried...the third time I basically had to physically move away from him," she told Channel 4 News, adding that he went on to invite her to his room, "clearly not noticing the signals".


She said the episode "made me feel embarrassed, upset and disappointed"


She reported the incident to her line managers immediately afterwards.


Another woman, who was a party candidate, was chatting at a Party event, when a friend suggested taking a photo. She's still active in Lib Dem politics and didn't want to be identified. "Chris [Lord Rennard] was stood next to me, he shoved his hand down the back of my dress. I felt really humiliated, and very undermined and very shameful," she said.


These two incidents don't appear to be isolated events. We've spoken to other women who have described very similar experiences, suggesting a pattern of behaviour. They say the approaches happened completely out of the blue, in the evening during training weekends for parliamentary candidates.


However, Alison Smith, now a politics lecturer at Oxford University, recounted a slightly different story. Six years ago she was an aspiring Lib Dem activist and she and a friend were invited back to Lord Rennard's house after having dinner with him in central London.


"He just very suddenly got up and plonked himself between us and then he started moving his hands down our backs and places where they had absolutely no business being," she told us.


Ms Smith reported what had happened to Paul Burstow, who was then the party's chief whip, but she says she never heard anything back from him. "He listened very patiently and sounded very concerned and then basically said he would do something about it and be in touch, but he never was," she said.


She then went to Jo Swinson, the party's spokesperson for women and equality, who is now minister for women. Ms Smith says Ms Swinson agreed to investigate and spoke to other women who had also alleged Lord Rennard had behaved inappropriately.


Ms Smith added: "She certainly uncovered ... that this was a very serious pattern of behaviour." But Ms Swinson told Ms Smith the problem with taking it forward was that nobody wanted to make a formal complaint.


Mr Burstow and Ms Swinson weren't the only senior figures in the Lib Dems who had been told.


An email sent in October 2008 by a former Lib Dem campaigns officer to women in the party, stated: "There has been a long-standing problem with a number of women where the abuse of Chris's [Lord Rennard's] position was clearly inappropriate. I've discussed this today with Jo Swinson, who was aware of a number of cases ... Jo tells me that a recent conversation has been had by somebody senior in the party with Chris, and he has been informed that the behaviour has to stop."


Six years after the first incident that we are aware of, he stepped down as chief executive, citing ill health, as he has diabetes. But Ms Smith claims that the party president Ros Scott told her "specifically" that the party "had basically forced him to stand down because of these allegations".


Baroness Scott wouldn't comment on why Lord Rennard resigned but told us she was aware of issues about his behaviour. She said if a formal complaint had been made she would have acted on it, but that she'd received no such complaint. Baroness Scott also told us that as a result of the allegations she had instigated a review of the party's whistle-blowing procedures.


At the 2009 party conference Mr Clegg paid a warm tribute to Lord Rennard, saying that without his "guidance and encouragement", he "wouldn't have been elected as an MP, let alone now be leading the party".


Ms Smith accused the party of being in "denial" about "how serious" his behaviour was, and "about the effect that was having".


Despite his resignation as chief executive in 2009, four years later Lord Rennard appears to be taking an active role. In October, he tweeted that Mr Clegg had nominated him as vice president of an international federation for liberal parties, and the following month he was voted onto the Lib Dem's federal policy committee, which writes the manifesto.


The women who spoke to us say they are concerned about his contact with female candidates. Just last month, he attended a training weekend in Bedfordshire for prospective MPs.


A spokesperson for the Lib Dems said tonight: "We take allegations of harassment extremely seriously. There are clear procedures for dealing with harassment and bullying which are set out in our federal handbook and procedures within our constitution relating to behaviour which would bring the party into disrepute."


The party urged anyone with "issues they wish to raise" to use its confidential whistleblower procedure, promising to respond to "any specific allegations within that context".


Lord Rennard's lawyers said he'd "always strived to conduct himself responsibly and appropriately at all times and has no recollection of any inappropriate behaviour. In addition, our client is unaware of any complaint about his conduct ever being made against him."


They added: "In the case of Ali Smith, he denies behaving improperly and confirms he has worked with Bridget Harris since 2003 and is unaware of her having grounds for complaint ... In addition, Lord Rennard describes as completely untrue any suggestion that he resigned as chief executive as a result of allegations about inappropriate behaviour." 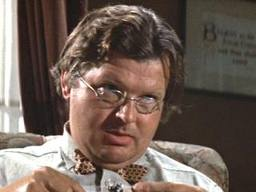 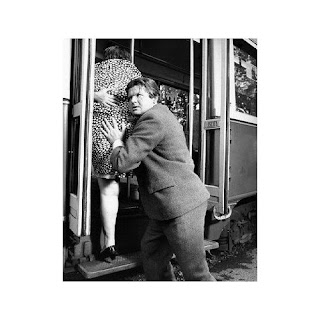 Posted by Cllr Patrick Warner at 03:32