Allie Renison: Cameron jockeys for position in Brussels - and finally wins one

Months after the Coalition took over the reins of government, the Chancellor was forced by the dire state of the economy left to them by Labour to issue an emergency budget. Only the NHS and international aid were ring-fenced from unavoidable cuts to public spending that had spiralled out of control. Much was made over the sparing of these two areas of expenditure, yet the fact that our vast contribution to the EU budget would not and arguably could not be reduced, garnered barely a mention. It was treated as an afterthought, as if it was an inevitable reality that what we sent to Brussels was a finite, immoveable feast, and that questioning this automatic transfer was a wasted, futile exercise.

But he who dares wins, and earlier this month the House of Commons struck a resounding note of unity to stand up to Brussels and the mandarins in Whitehall who say we have no choice but to give ever more to fund the project of European integration. The annual EU budget negotiations no longer present us with a chance to unilaterally force a rethink of proposals from the Commission and European Parliament. But we do still have a veto over the long-term financial perspectives that set the maximum ceilings for EU spending over seven year periods, known as the Multiannual Financial Framework. The opportunities for making use of these vetoes are now few and far between, thanks to the changes in voting rights to QMV in a number of policy areas that the Lisbon Treaty ushered in. The chance to effect change on how we fund the EU only comes around once every seven years. And the Prime Minister has after all committed to using such rare opportunities to ‘recalibrate’ Britain’s relationship with the EU.

So the amendment that Mark Reckless put down on a motion sending him to hammer out a new MFF deal was about seizing the opportunity to make a modest suggestion that would strengthen his negotiating hand. It was a call for restraint, neither to match the savings being made at home nor to mimic the savage austerity abroad stemming from the disastrous single currency but, at the very least, to push for a real terms reduction in the long-term EU budget. The initial proposal of the Government to cap it to rise by no more than inflation would have meant explaining to many public sector workers the difference between the freezing of their pay and the ‘real terms freeze’ here that still would have seen a rise in their taxpayer money going to Brussels.
As it turns out, the Prime Minister’s hand turned out to be strengthened in a way that few could have envisioned. He went to the summit reviled by some of the Europhile press as “the bad guy” and surprised many when a number of key influential leaders backed his bid to bring a dose of reality to EU spending. Germany, Sweden, Finland, Denmark and the Netherlands among others fell in line behind Cameron in demanding some common sense cuts to the proposals – proof enough perhaps that his negotiating tactics are not as inept as some may have thought.

Labour meanwhile seem to have been so unprepared for the Prime Minister’s relative success in winning round allies to the approach they backed mere weeks ago, that they are in disarray trying to come up with a coherent line on this week’s summit talks. Ed Balls trumpets Cameron’s ‘failure to get an EU budget’ deal, and one has to wonder if he really thinks Ed Miliband would have done a better job armed with the same real-terms reduction strategy his party insist they have backed since July.

Party politicking aside, the question now of course is what happens going forward. That an agreement might take more than one go seems to have been no surprise to No. 10, and is likely to be an outcome they were preparing for. Ahead of the October budget vote, the Prime Minister’s spokesman was even quoted as saying “there's over a year between the summit and 2014...[and] no immediate consequences” if a deal could not be secured the first time around. The EU institutions, having received a necessary shock to the system following the Commission’s unbelievable refusal to acquiesce to calls for cuts to the cost of its bureaucracy, are now acutely aware this is not just a UK battle. The Prime Minister comes away strengthened in the knowledge that his corner is backed by a host of new allies. My prediction is that at the summit in the new year, this reality will translate to something of a climbdown from Brussels in the opening round of negotiations.

For as long we are kept in the EU, Britain will have to make a show of turning our national interests into communal positions around which others can coalesce. It would appear that in this particular battle at least, David Cameron has emerged triumphant. Europhiles should by all accounts be rejoicing. In one fell swoop he has taken Britain from shouting from the sidelines to leading a collective charge - and leading by example - from within. The ball is now in Brussels’ court to respond. A failure on their part to return to Planet Reality would only reaffirm the overwhelming sentiment that the EU is out of touch and out of step with the people and politics of today. 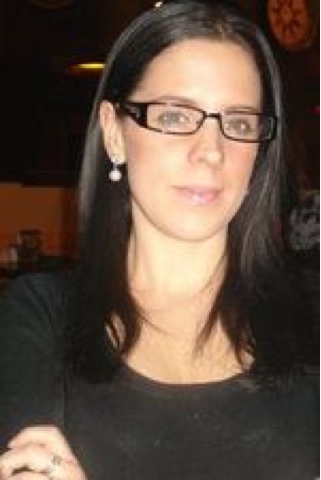 Posted by Cllr Patrick Warner at 14:41