Just over one week ago, Automotive News Europe reported that Honda had signed an agreement with Malaysian automaker Proton ‘to explore opportunities to collaborate in technology and new product line-up.’ That’s a pretty nebulous and open ended statement, promising much but committing to nothing.

However, that didn’t stop the speculation. Interestingly, the first volley came from the other party in this arrangement. DRB-Hicom stated: ‘Having a strong and renowned global automotive player like Honda Motor as a foreign strategic partner to Proton will provide the group with the opportunity to grow as an original equipment manufacturer. The opportunities are endless.’

Here We Go Again?
It doesn’t take much looking to discern where the problem lies – look no further than this phrase: ‘…will provide the group with the opportunity to grow as an original equipment manufacturer.’ Proton wants its partner to divulge its secrets, teach it how to be a first tier automaker… and, eventually, leave. That was the case when former Ford CEO Jac Nasser sent then Mazda President and CEO Henry Wallace to Kuala Lumpur to begin negotiations with Proton. Worried by GM’s negotiations with Daewoo, Wallace was told to buy the Malaysian automaker by his Dearborn bosses. However, Proton had no intention of selling out to Ford and even less intention of selling Lotus – the company wanted a ‘strategic partnership.’ Plans for the Lotus M250 to underpin the Ford GT, for Ford’s 2.5-litre V6 to power the stillborn Elise GT and for the Duratec 1.6-litre to replace Rover’s K-Series in the Elise disappeared as quickly as they had been dreamed.

Volkswagen also wanted nothing less than control of 51% of Proton. With Proton in the fold, VW would have had two important items: 1) a major Asian assembly base outside of mainland China and 2) a sub-brand from which buyers could move to VW. However, like Ford, the German automaker discovered that nationalism trumps business logic in Kuala Lumpur. Proton is Malaysian and must stay ‘pure’ at all costs.

One reason for this state of affairs is Proton’s funding. Malaysia’s Government-run Employees Provident Fund (Kumpulan Wang Simpanan Pekerja or KWSP) is a major investor in Proton. KWSP is a mandatory fund for private and public sector employees which deducts a portion of their salary (11% from the employee and 12% from the employer) for retirement, sickness, disability or unemployment. That means every Malaysian worker is a shareholder in the company. Malaysian car makers also profit from protectionism which keeps prices of indigenous vehicles lower than those produced in other ASEAN (Association of Southeast Asian Nations) countries. ASEAN nations include the Philippines, Indonesia, Malaysia, Singapore, Thailand, Myanmar, Cambodia, Laos and Vietnam. Without that protection, analysts say that Thailand would be the production base of choice in the region. To compensate, Kuala Lumpur has flouted the ASEAN free trade pact.

Honda and Proton
Honda opened several plants in Malaysia starting in 2009 to hed against the country’s continuing use of controversial grants and subsidies to support Malaysian production. Boon Siew Honda manufactures and sells motorcycles in Malaysia. HICOM-Honda Manufacturing Malaysia builds motorcycle engines. Honda Malaysia makes and distributes automobiles, including the Honda CR-V. UMW Industrial Power imports and distributes power products. Moving into a joint venture with Proton not only builds on its existing relationship with DRB-Hicom (HICOM-Honda Manufacturing Malaysia), it potentially eliminates the need to expand Honda’s production footprint within the nation.
Ironically, the excise tax rebates and other support from the Malaysian Government have made it possible for Proton to sell outdated designs at low prices over the years, undercutting cars from major manufacturers like Honda and putting it behind its more established competition. By agreeing to an arrangement with Proton through DRB-Hicom, Honda effectively slashes the price of its vehicles in the Malaysian market by taking advantage of the grants and subsidies handed out to those companies that build vehicles in-country. Proton may believe it’s gaining in this relationship, but it’s likely that Malaysian buyers will go with the established nameplate (Honda) if the price is within 10% of the Proton price.

Honda and Lotus
Lotus is no stranger to Honda and vice versa. Team Lotus used Honda factory engines between 1987 and 1989. After brief flings with Ford and Lamborghini, Mugen-Honda motors were used before the team collapsed in late 1994. However, this was not the extent of Lotus and Honda’s relationship. Lotus Engineering designed and developed an estate variant of the Civic for Honda’s British manufacturing arm in the middle 1990s. The work done was highly regarded within Honda (UK) and it lobbied heavily for the parent firm to purchase the then-struggling sports car maker. However, Honda decided against that and Proton grabbed Lotus out from under its then purchase rival, Daewoo, in late 1995.

Though a large-volume mainstream automaker, Honda has lost it image as a maverick, a youthful and sporty automaker ready and willing to take on ‘the establishment’. It has become the establishment and many of its recent offerings are seen as safe and boring. Honda has addressed this by announcing plans to build a new NSX – one with a hybrid powertrain – and is also considering sports models lower down the range.

Unfortunately, the launch of the Evora into the teeth of a global financial storm, Dany Bahar’s overly ambitious product and racing programmes and more have given Lotus an outstanding debt of at least $360 million. Additionally, new owner DRB-Hicom has radically slowed all investment in new and existing programmes and set a March deadline for the completion of a review of the sports car maker’s balance sheets. The future looks bleak in Hethel.

How bleak? Bahar recently attempted to buy Lotus from Proton for pennies on the dollar. His overture was unceremoniously rebuffed – there’s no clue as to who would have provided the financing for Bahar’s takeover – but, seemingly, there are no other offers on the horizon. However, any potential agreement with Honda includes access to Lotus and, while Honda is poised to launch an up-level supercar of its own, leaning on the Lotus legend cuts through years of languor that have built up around Honda. Better yet, collaborating with the British company brings a bit of luster to the Japanese car maker. Certainly, this is most of what was behind Toyota’s most recent informal relationship with Lotus. Having Toyota engines in the Elise and Evora and plans for more to be placed in the Esprit replacement were seen as a plus in the Toyota boardroom and, had Bahar not taken charge, ejected Toyota and buried the company under crushing debt, Lotus and Toyota would have grown closer. Until the acrimonious breakup, Akio Toyoda reportedly was very pleased with the relationship.

Furthermore, despite Bernie Ecclestone’s troubles with the German Prosecutors, Yoshiharu Yamamoto, who is CEO of Honda R&D, has, as recently reported by AUTOSPORT.com, suggested that the company would consider rejoining the F1 circus once the new turbo engine regulations take effect. Any such return would – I am informed – be contingent on the teams and sanctioning body agreeing on an equitable split of F1’s profits and, more importantly, strong cost-containment measures. Honda does not want to enter a series where only the deepest pockets can compete – even though the company will likely return only as an engine supplier. However, if these concerns can be answered, it would take little effort to continue running the Lotus-branded former Renault F1 team (the ‘Enstone Team’) with engines designed, developed and supported by Honda, at least in the short term.

Lotus would, in return, produce an Elise-based small sports car for global sale by Honda, collaborate on the development of new Honda-based powertrains for use in future Lotus vehicles and provide technical assistance in terms of ride and handling, etc. A Honda – Lotus marriage would, at least on the surface, seem to be one made in heaven and some have suggested that the personnel who left Lotus during Bahar’s reign would return if the stability promised by a Honda tie-up was part of the deal.

The Cold Slap of Reality
Unfortunately, by choice or by force, many of Lotus’ regulars have left the company. A number have moved over to Caterham, which has just signed an agreement with Renault to produce sports cars via a new 50:50 joint venture company. Renault’s Alpine factory in Dieppe, France, its 300-member workforce and a joint Renault/Caterham engineering group will design, build and develop lightweight two-seaters for each company. Officially called Société des Automobiles Alpine Caterham (SAAC), the JV gives Caterham access to production facilities, technology and a workforce it could not afford on its own. The agreement also strengthens the ties between the low-volume sports car maker and the supplier of its F1 engine. For Renault, this partnership reduces the risk associated with low-volume production, opens up new markets – Caterham Group Chairman, Tony Fernandes, hopes to make a concerted push into the Asian market with Renault-powered Caterham sports cars – and doubles the French company’s branding opportunities in F1 by increasing the separation between Infiniti (Red Bull) and Renault (Caterham).

There’s even talk of launching Caterham cars in the U.S. market with Nissan badging – the Infiniti name is reserved for complete vehicles sold under that brand in Infiniti dealerships – and, as explained in my AROnline article back in August,
‘That’s where the problems would really start for Lotus. Caterham could easily slip into the slot Bahar abandoned before the brain’s trust at DRB-Hicom can put anything in place – especially since many of the old hands at Lotus jumped ship as the uncertainty over the company’s future grew and made their way to Caterham. The need for the new owners to act swiftly and steadily has never been greater. To do otherwise is to seal Lotus’ fate, possibly forever.’

Fate Sealed?
Speak to people in Hethel and you immediately notice their compete lack of optimism. According to them, DRB-Hicom has reduced spending to the bare minimum, suppliers are not being paid, no money is being spent on badly needed new products and the number of outside engineering contracts is dwindling. Short of scaling the walls and looking through the books, it’s hard to discern just how close these claims are to reality. However, the fact remains that Lotus is in limbo, teetering under a mountain of debt and waiting for a March 2013 deadline that will come too soon. British politicians were able to gain only a short stay of execution (the March deadline) and DRB-Hicom will be faced with a decision it undoubtedly will approach dispassionately: to chop up the company and sell its assets separately or to put Lotus on the market.
One possibility is a debt-for-equity swap. DRB-Hicom could offer investors access to all or part of the Lotus debt for a predetermined investment. Management, in this case DRB-Hicom, could offer higher-than-market exchange values to entice investors (in this example, Honda) and debt holders (Proton through its ownership of Lotus) to participate. Proton gets much needed capital, DRB-Hicom writes off a large amount of debt and Honda gets an ownership stake in Proton and/or Lotus in exchange for debt it can use to offset profits in the region. The downside is that Honda would likely forfeit any shareholder rights in exchange, making it a silent (non-voting) partner.

The other possibilities are to break up the company and sell its assets or to load Lotus with Proton’s entire debt, effectively killing the sports car builder while freeing the Malaysian car maker from its debt load. Lotus would cease to exist as anything other than a paper company. Any assets could then be sold off separately. For Lotus, the future does not look bright.
[Editor's Note: Christopher Sawyer is a former Communications Director for Lotus Cars USA and Founder and Editor of The Virtual Driver website.] 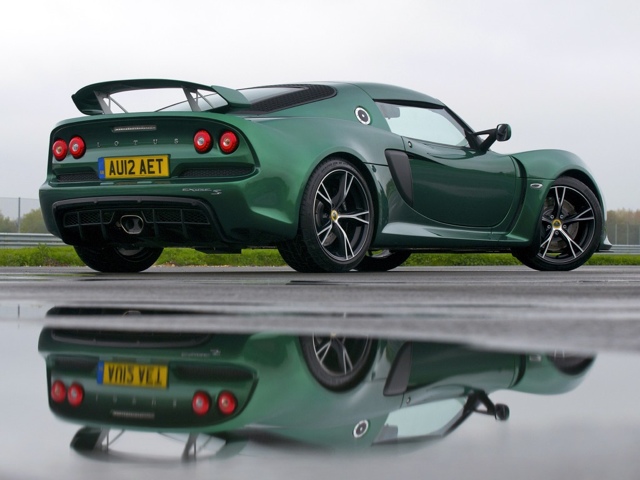 Posted by Cllr Patrick Warner at 01:57