The outbreak of unity experienced during debates about saving the DGH, upgrading the A27 and 20 mph zones around schools crumbled at Eastbourne's Full Council meeting on Wednesday evening when Lib-Dem Councillor Steve Wallis got to his feet to present a motion on calling for an urgent meeting with East Sussex County Council about the current consultation on proposed changes to the decriminlised parking scheme in Eastbourne. Members of the public watching from the gallery could have been forgiven for questionning if an election might be in the offing as the Lib-Dems returned to their favourite campaign subject.

After a point of order raised by Conservative Group Leader, Cllr David Elkin it became clear that Cllr Wallis had in fact already been offered a meeting to discuss the concerns of residents in Devonshire Ward but chose to proceed with the motion to Eastbourne Borough Council instead to get the publicity.

Cllr Wallis accused Council officers of ignoring his previous requests to discuss concerns and waved a folder which he claimed contained 120 letters from angry residents. One wonders why the current Lib-Dem County Councillor, Cllr Beryl Healy for the area has been so silent on the subject although rumour has it that she is set to retire at the elections next May and Borough Council ward colleague, Steve Wallis is set to replace her, further fuelling accusations that this was merely headline grabbing on a sensitive issue to raise his profile, rather than a genuine attempt for Cllrs Wallis and Healy to sit down with officers and raise residents concerns.

I challenged Cllr Wallis and his colleagues during the debate on their parking failings as follows:

My questions were met with a shaky challenge by the normally teflon coated Leader, Cllr Tutt who accused me or murkying the waters but failed to answer any of my criticisms properly claiming that the charges levied on motorists by his Administration were set at the levels imposed by the last Conservative Administration in 2007. Why then in after over five years in control have they not rectified this situation?

Herald Chief Reporter, Ann-Marie Field expressed a view in a recent newspaper column that it could appear to some that Lib-Dem controlled Eastbourne didn't seem to get a fair slice of the highways budget compared to Conservative run Lewes and Labour run Hastings councils and whilst I don't think that the County Council penalises Eastbourne because it has a Lib-Dem administration, I do think that if Cllrs Wallis and Tutt worked more pro-actively with the County Council, local people may feel that their local representatives were getting a better deal for Eastbourne.

Clearly rattled by the clarity of the debate a furious Cllr Wallis summed up accusing East Sussex County Council of having wasted £200,000 on their consultation process whilst giving nothing back to the people of Eastbourne. I would further challenge him on this point because proceeds gained from the Eastbourne parking scheme to date have already contributed over £2 million that will be invested in improving Town Centre highway infastructure to co-incide with the forthcoming re-development and extension of Eastbourne's Arndale Shopping Centre, something which Cllr Tutt only recently grudgingly accepted as positive news for Eastbourne.

Furthermore, Eastbourne's Lib-Dems should also be very wary of criticising the County Council for the cost of conducting a thorough consultation process when you look at the millions of pounds they have spent on consultants since taking office in 2007. No parking scheme is popular but they are increasingly commonplace throughout the country in major towns and cities as Councils of all political colours struggle to balance the books against a back drop of austerity. Whilst some believe that paying to park compounds the already challenging economic climate for businesses, others point to Town Centre residents being able to park outside their home and the provision of restricted time bays in the very centre of town making it possible for people to pop into Town for shopping, lunch and appointments that might otherwise have lead to them choosing to pick out of town supermarkets or go elsewhere. 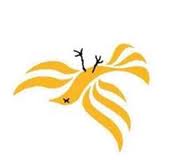 As recent polling indicates a collapse in Lib-Dem support nationally backed up at a local level with the very poor showing for Lib-Dems at the recent Police & Crime Commissioner elections where they were not only beaten by the winning Conservative candidate (now Commissioner Katy Bourne) but also Labour, UKIP and Independent candidates too. I predict that local campaigning by the Lib-Dems will only continue to become ever more negative and desperate with more distorted attempts at grabbing headlines to stop them from being obliterated next May.

Not that they will be remotely interested I'm sure, but I would call on local Lib-Dems to stop scaremongering and playing politics with parking and start engaging properly as the controlling party in Eastbourne by speaking up for residents and businesses in the appropriate forum. If they fail to heed my advice, the results at next year's County Council elections will surely be very punnishing for the party which increasing numbers of people are seeing as more interested in spin than substance when it comes the issues that matter to local people.

Posted by Cllr Patrick Warner at 07:34