Clampdown on benefits for addicts

Drug addicts and alcoholics who claim thousands of pounds a year in sickness benefits could be stripped of their handouts if they do not seek treatment.


The proposal, which is likely to be fought by campaigners, could be extended to people who claim benefits because they cannot work due to obesity or back pain.


The crackdown is the latest attempt by the Coalition to get to grips with Britain’s multi-billion-pound welfare budget.


Downing Street sources described the plan as a “tough love approach towards our aim of ending the something-for-nothing approach in benefits”. Currently, anyone claiming sickness benefits has to obtain medical evidence of entitlement. Under the scheme, anyone with a treat-able ailment will have to agree to seek regular treatment or lose the hand-out.


This would see alcoholics denied benefits unless they attended regular meetings at a support group such as Alcoholics Anonymous. Similarly, drug addicts would be denied payment if they refused to be treated.


Trials across the country, costing £25 million, will be announced by Mark Hoban, the work and pensions minister, before Christmas. 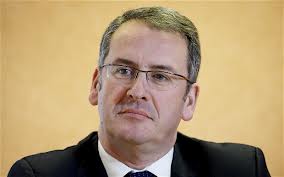 “It’s right that we provide support for people in need, but we should also expect something back in return,” a government source said last night. “We are already helping people back into work through unemployment benefit conditionality.
"Now we are looking at transferring that principle to sickness benefits, so that for those people who are sick but able to take practical steps to improve their health, the benefits system encourages them to get better.”

The changes will apply to the employment support allowance, which is worth £105 a week. Figures published by the Department for Work and Pensions in July showed that nearly 22,000 people with drug or alcohol problems were claiming the allowance, which pays out £7 billion a year.

Officials stressed that once the principle was introduced into the benefits system it could be expanded to other ailments, which would increase numbers caught by the changes. This means people who are claiming the payments because of bad backs, depression or obesity could see their support slashed.

The pilots are based on a “three strikes and you’re out” model, which has seen welfare payments taken away from unemployed people considered not to be doing enough to find another job.

Details are still under discussion, but The Daily Telegraph understands that payments would be docked if benefit claimants failed to attend regular sessions with a health care professional.
Posted by Cllr Patrick Warner at 05:41