The BBC should prove that 'Newsnight’ was not acting with malice towards Lord McAlpine, argues Boris Johnson.

You know, I am afraid that they still don’t get it. The people at the BBC show no real sign of understanding what they have done wrong, let alone making amends. We have heard an awful lot in the past 24 hours about the personal calvary of George Entwistle. We know of the agony of Lord Patten, who has told us that the resignation of Entwistle was “one of the saddest evenings” of his public life. We have been told of the grief of hundreds of BBC journalists, the anxiety, the anger, their fear for their jobs. Everyone at the BBC is agreed on one thing: that it is a “tragedy”. Yes, it is a tragedy for the poor old BBC.

To call someone a paedophile is to place them, these days, in a special category. We loathe paedophiles, as a society, because we know more and more about their crimes. They groom and manipulate vulnerable young people. They are cunning, plausible, selfish and ruthless. They cause appalling physical and psychological pain to children – people who should be getting protection and support.

Paedophiles, therefore, do the rest of humanity a sort of service, because they confer moral superiority on absolutely everyone else. A convicted paedophile is a “nonce”, and a “nonce” is the person that every other prisoner – burglar, rapist, murderer, you name it – can spit on and feel good about it. Paedophiles are there to be jostled, beaten up and shanked in the showers, and the rest of the prison population will whistle and look the other way.

To call someone a paedophile is to consign them to the lowest circle of hell – and while they are still alive. It follows that you should not call someone a paedophile unless you are pretty sure of your facts. It is utterly incredible that the BBC’s flagship news programme decided to level this poisonous allegation against Lord McAlpine when it had not the slightest evidence to support its case. It was sickening yesterday morning, at 7am, to hear the BBC radio newscaster claim – as if it were some kind of mitigation – that Newsnight did not “name” McAlpine. Is it really claiming that it protected his identity?

If so, it shows utter contempt for its listeners and for the intelligence of the British public. On the afternoon of Friday November 2, it was “tweeted” that a senior Tory politician was to be exposed on Newsnight as a paedophile. It wasn’t a vague allegation about a “ring” of paedophiles. It was about a particular individual, who was supposed to have committed a series of specific and vile crimes against a former occupant of the Bryn Estyn children’s home in Wales. “McAlpine” was the name of the mystery millionaire who had surfaced in the 2000 Waterhouse report into the scandal. “McAlpine” was the name the programme’s makers fed out to various Left-wing tweeters and bloggers; and within hours of Newsnight’s bizarre broadcast, people such as Sally Bercow and George Monbiot were pointing the finger at the bewildered and utterly blameless figure of Alistair McAlpine, 70, who is spending his retirement running a B&B in southern Italy.

You can’t really blame the tweeters and the bloggers. “McAlpine” was the steer they were given, and it was Alistair McAlpine that Newsnight had in its sights. It was no protection of McAlpine that he wasn’t explicitly named in the first broadcast – and it should be no defence of Newsnight, either. A twitstorm, a blogstorm, an internet hurricane howled around the former Tory treasurer. The whole of Fleet Street started to torment their readers with ever more prominent stories about this Top Tory Paedo, while those who used the web could see who was intended. The Prime Minister was dragged in, and immediately instituted an inquiry.

The whole thing became so unbearable that Lord McAlpine was forced to break cover, and point out that Newsnight was wrong. It was not just wrong: it was a slander more cruel, revolting and idiotic than anything perpetrated by the News of the World. The programme makers hadn’t taken account of the real anxieties about the reliability of their witness, as expressed by Sir Ronald Waterhouse, who led the inquiry into Bryn Estyn. They hadn’t shown him a picture of McAlpine. They hadn’t even put the allegations to McAlpine! Unbelievable! And why not? It was, as they say, a story that was too good to check. It wasn’t just that it showed Newsnight taking up the cudgels against paedophiles, after the embarrassment of the axed Savile exposé. It went one better. It pushed all the buttons. It was like a dream come true for any vaguely resentful and Left-of-centre BBC producer. It was a chance to pour unlimited ordure on a man who – in their book – jolly well had it coming. He is rich, he is a toff, he is a Lord, he is a Tory, and – joy of joys – he is an EX-AIDE TO MRS THATCHER.

The journalism was so shoddy, so cretinous, so ready to let the wish be father to the thought that the Beeb really now has to show that Newsnight was not acting with malice. The BBC cannot minimise what the programme has done. There will be people out there who will continue to believe that there is no smoke without fire, that Newsnight would never have broadcast such allegations unless there was something in it. The BBC owes it to McAlpine to grovel and keep grovelling until the public gets the message. Everyone associated with the “paedophile” segment on Newsnight should be sacked instantly. Then Chris Patten should make a penitential pilgrimage to McAlpine’s Italian B&B, on his knees and scourging himself with a copy of the BBC charter. This tragedy is not about the BBC; it is about the smearing of an innocent man. The BBC needs to grasp that first. 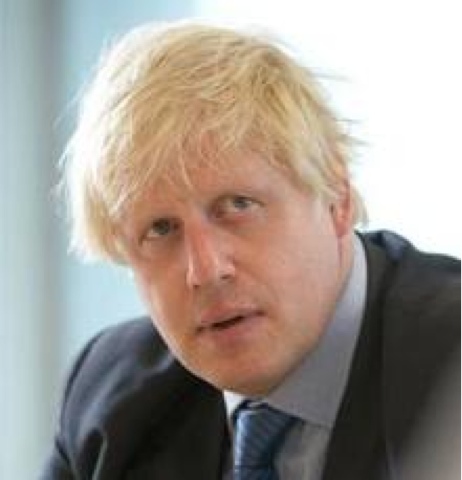 Posted by Cllr Patrick Warner at 13:51