MG3 will be assembled in the UK

The UK-designed and engineered MG3 will be assembled at Longbridge in an arrangement that mirrors production of its bigger brother, the MG6. A source close to the factory has confirmed to AROnline that the supermini, which has been on sale in China and in left-hand drive markets around the world since 2011, will tick the ‘British’ box as it’s a matter of prestige for its owner SAIC Motor back in its home market of China.

The same sources confirmed that assembly facilities are currently being prepared within the Longbridge factory for the new car. With final assembly of the ’3 taking place in the UK, it will mean that SAIC Motor will be able to push the car in Britain as a home-built product and, more importantly, be able to sell it in China as a ‘British-made’ car in its advertising and PR.

The MG3, which is currently offered globally with a single 1.5-litre NSE petrol engine in 87 and 107bhp guise, is now undergoing final testing and development for a UK and (a later) European launch in 2013. The final specifications are yet to be confirmed, as is the pricing. However, as there are no low-powered, entry-level or diesel models, don’t expect super-cheap, loss-leaders at the bottom of the range.

However, as the MG6 has quietly been becoming more of a value proposition in recent months thanks to generous trade-in deals and other offers designed to help sell these slow-moving cars, we’re hoping that lessons have been learned and the new supermini is priced keenly – with at least one sub-£10,000 entry-level model to get the customers into MG’s quiet showrooms. 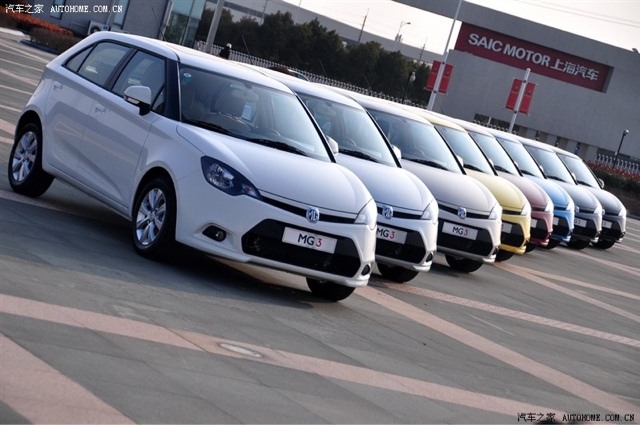 Posted by Cllr Patrick Warner at 13:43