Renault has announced that it is extending its partnership with the Caterham Group beyond Formula 1. The two companies will jointly develop a range of road-going sports cars

, which will bear the Alpine and Caterham names, and will be built at the French company’s Dieppe factory. 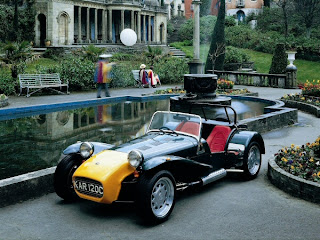 take a 50% stake in Automobiles

Alpine Renault to form Société des Automobiles Alpine Caterham. The partnership will ‘go live’ in January 2013, and the both Renault and Caterham promise that the cars that emerge will remain true to their makers’ DNA.

Both Alpine and Caterham have a long tradition of building innovative

and lightweight sports cars, and both are currently developing new models. Renault’s 395bhp A110-50 concept, revealed in May 2012 shows that Alpine is thinking upmarket for its next sports car

– but the company also has a long history of producing minimalist stripped-out competition-focused cars, such as the rear-engined 1961-’77 A110. 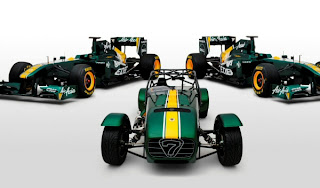 The Caterham name is now in Formula 1, and the association with Alpine means that development costs of its next generation car will be eased by resource-sharing with Renault. The company was formed in 1973, and since then has produced – almost exclusively – the Lotus Seven-based two-seater, both in kit-form, and fully built.
Expect to see the Joint Venture bear fruit with a new car as early as 2014, although it’s expected that the Caterham Seven will convert to Renault power somewhat sooner. Carlos Ghosn, Chairman and CEO of Renault commented: ‘This innovative partnership with Caterham embodies a longstanding ambition: the creation of a sports car with the Alpine DNA. It carries both opportunities for the Dieppe plant and the development of its historic know-how.’
Tony Fernandes, Caterham Group Chairman added: ‘We know the markets we are going into and there is a huge opportunity to give consumers access to exciting, affordable products that marry our interests in F1 and technology.’ 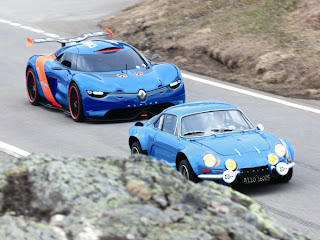 Posted by Cllr Patrick Warner at 04:09