Five lessons for the Tories from the US election campaign

We shouldn’t overstate the overlap between American politics and our own, but some lessons can still be wrung from the campaign that ended with Barack Obama’s victory last night. Here, briefly, are five for British Conservatives, although you might care to add more: 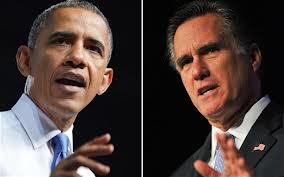 i) Demographic change means that parties ought to change. The traditional Republican vote— broadly speaking, white, Christian and possibly wealthy — is quite literally dying out. And in its place come new voters: young, immigrant and often secular. Many of these new voters will be Democratic voters by instinct, as in the case of the young voters who turned out more strongly than they did in 2008, and who split about 60-40 in favour of Barack Obama. But some needn’t be. George W. Bush tended to poll quite well among Latino voters, for instance, yet Mitt Romney has failed to match that example. As the Daily Beast’s Andrew Romano tweeted:
“In 2008 Latinos were 9% of electorate & preferred Obama 67-31. In 2012 they're 10%& pro-Obama 69-30. Rs can't win if that trend continues.”

The lesson is that political parties need to account for demographic change. As it happens, Paul wrote on just this topic — from a British Conservative perspective — on Monday.


ii) Let conservatism be broad. When it came to the demographics, I doubt Mitt Romney’s limited version of Republicanism helped much. Indeed, as commentators such as Andrew Sullivanand David Brooks have consistently pointed out, it’s almost as though the American right has forgotten the “traditional conservatism” of, say, Edmund Burke and Benjamin Disraeli. Instead, the image that has all too often been presented — sometimes by design, sometimes by gaffe — is one of Randian radicals who practice sectional (“47 per cent”) politics and who may have deeply questionable views about rape and abortion. Thankfully, British conservatism is broader than that, and more aware of its own breadth. But the Republican campaign still stands as testament to what can happen when a party stays stuck on a clutch of unflattering issues, and doesn’t try to spread outwards.
iii) The power of the Internet. British parties still haven’t really learnt the lessons of the 2008 election, which provided ample demonstration of how the Internet can be used to cultivate votes. And now this year has provided even more lessons about digital campaigning. Foremost among them, I think, is the way both Democrats and Republicans have used images, videos and nifty web tools to state their case. Take, for instance, this GOP infographic about the House Democrats’ health plans or the Democrat website www.romneytaxplan.com. Both are fun and make a point, and there are hundreds of other examples, both more or less serious, besides. As for Britain, I struggle to think of one nice infographic that our parties have produced. Over here, that sort of thing is left to the Guardian or the Times.
iv) The power of language. As well as the new techniques afforded by the Web, this election has also given us a demonstration of a very old art: political rhetoric. Of course, as I pointed out in a feature on political speeches for the Sunday Telegraph in March, a lot of that political rhetoric may be too bombastic for British ears. But, given the times, our own politicians could still learn from how American politicians — cf. Paul Ryan and Bill Clinton — manage to tell human stories alongside their highfalutin visions for the nation. This is actually something that David Cameron achieved in his last conference speech (“I’m not here to defend privilege, I’m here to spread it”), but his colleagues can all too often rely on dull, technocratic platitudes. Deficit reduction ought to be more about creating opportunities for future generations than about gilt yields.
v) Shocks matter (even when it looks like they don’t). The last month of the campaign delivered two particular jolts to the presidential race: Hurricane Sandy and the televised debates. Hopefully we won’t witness anything like the former during our own general election in 2015, but there will be something like the latter and its potential impact shouldn’t be underestimated. There are those who point to the polls, as proof that these debates don’t make much difference: Romney’s ratings jumped upwards after the first debate, but soon settled back to their previous levels; just as the Lib Dems’ did after Nick Clegg’s performance in the first debate in 2010. But the truth is that they have an effect beyond simple numbers. Romney’s victory in the first debate, for instance, did much to arrest the idea that he was sunk after his “47 per cent” remarks. The Tories should be wary in 2015.

Posted by Cllr Patrick Warner at 01:57