Nick Herbert MP: On prisoner voting, we shouldn’t defy the European Court of Human Rights, we should resile from it altogether.

Nick Herbert is the Member of Parliament for nearby Arundel and South Downs and a former Minister for Policing and Criminal Justice. 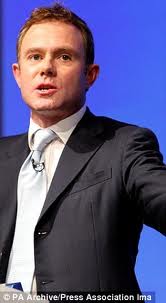 Today the Government will set out options for giving prisoners the vote. It’s extraordinary to see ministers obliged to propose legislation which they clearly find abhorrent. But the European Court of Human Rights has ruled, in the case of convicted killer John Hirst, that our country’s blanket ban on prisoners voting breaches his rights. Earlier this year, the Government was given six months to ‘introduce legislative proposals to bring the disputed laws in line with the Convention’. That deadline expires today.

It seems that Parliament will be given three options: a limited extension of the vote to prisoners serving sentences of less than six months; a wider enfranchisement of those serving up to four years, and retention of the existing ban.

The proposals raise two principal issues. The first is the merits of the case: should prisoners be given the right to vote? This is debatable, but I don’t believe they should. We deprive criminals of their right to liberty by imprisoning them. There isn’t an absolute right to vote, as even the European Court accepts. And voting is surely a civic right, not a fundamental human right. We don’t, for instance, allow foreigners to help decide our government.


In any case, the argument should not be framed in terms of rights, but responsibilities. Idealistic claims are made about making prisoners good citizens. But I think we should focus on our responsibility to rehabilitate prisoners through hard-headed and practical measures: getting them off drugs, for instance. Prisoners should take responsibility for their own actions and go straight. And if citizens have a right to vote, don’t they also have a responsibility to do so? It’s paradoxical that we will be arguing about whether to extend the franchise a week after the vast majority of the public – for whatever reason –declined to vote in new elections.
The drafters of the European Convention on Human Rights, conscious of the UK’s ban on prisoner voting, deliberately rejected the idea. What those nations agreed to was to hold ‘free elections at reasonable intervals by secret ballot, under conditions which will ensure the free expression of the opinion of the people’. No-one could seriously argue that elections in the United Kingdom are anything other than free and fair. Yet, out of this commitment, Strasbourg concocted a universal ‘right’ to vote.

This is merely the latest manifestation of a wider problem: the European Court of Human Rights has over-reached itself. As Lord Hoffmann - a distinguished former Law Lord - has said, the Court ‘has taken upon itself an extraordinary power to micromanage the legal systems of member states’ and has been ‘unable to resist the temptation to aggrandise its jurisdiction’. In Hoffmann’s words, the‘very concept of human rights is being trivialised’.

By bringing forward proposals for a limited enfranchisement, the Government may try to claim that it has complied with the Court’s ruling. But I fear this is unlikely to be the end of the matter. The Court also required the UK to ‘to enact the relevant legislation within any time frame decided by the Committee of Ministers’. Yet it is virtually certain that the House of Commons will vote to retain the current ban. The overwhelming majority of Conservative MPs support it. Labour, despite holding two consultations on giving convicted prisoners the vote, are cynically saying that they will support the status quo. Only Liberal Democrats enthusiastically back a change.

There’s another absurdity in what is being proposed. Ministers may in fact be unable to vote for, or even advocate, the existing ban – because to do so would breach the Ministerial Code, which does not allow them to advocate breaking the law. Yet the Prime Minister has said even contemplating having to give prisoners the vote makes him physically ill, and recently told the Commons: “no-one should be in any doubt: prisoners are not getting the vote under this Government.”

So the reality is that we remain on a collision course with the Council of Europe, which is unlikely to allow Parliament simply to ignore a Court ruling. The fact that other countries do so, and on issues which really do relate to fundamental breaches of human rights, is unlikely to deter them.

And the Court itself is unlikely to let matters rest. There are over 2,500 cases currently pending against the United Kingdom in Strasbourg by prisoners denied the vote. The Court has so far accepted that the prospect of a change in the law amounts to ‘just satisfaction’.

Once it is clear that there is no prospect of the law being changed, the Court is likely to start awarding compensation, which is likely to run into tens, if not hundreds, of millions of pounds. And if the British people have difficulty with the idea of giving prisoners the vote, they will find it harder still to stomach the sight of prisoners each potentially receiving thousands of pounds in compensation.

In short, today’s move is unlikely to solve the prisoner vote stand-off: it will merely kick the can down the street. The increasing tension between the UK and Strasbourg cannot be left to fester, and the prisoner voting issue is just one of a number that will require us to make some hard choices. Which brings us to the second key issue: who decides whether prisoners should have the vote?

In a debate last February, a motion to give prisoners the vote was defeated by 234 votes to 22. That should be the end of the matter. But it cannot be while we allow this supranational court the ultimate power to overrule own elected House of Commons. I do not suggest that we should abandon the rights in the Convention. The text was, after all – as is often pointed out – drafted by British lawyers. And it existed before the European Court came into being, or direct access to that Court was allowed – a relatively recent phenomenon.

But as the prisoner voting issue demonstrates, the Convention has too often been misinterpreted and misapplied. Next week, in a lecture for Policy Exchange entitled ‘What’s Gone Wrong with Rights?’, I will argue that replacing the Human Rights Act with a new British Bill of Rights – as the Conservative Party has so far proposed – will not be enough. We must also end the writ of the European Court. That would enable Parliament and our own courts to strike a proper balance between rights and responsibilities, with respect for the democratic will. We shouldn’t defy the European Court of Human Rights: we should resile from it altogether.