Iain Anderson: New Governor of the Bank of England will place Britain at the heart of the global debate

Iain Anderson is co-founder of Cicero Group and is an expert in global political risk and economic public policy issues. He has worked for a range of Conservative policymakers. He writes in a personal capacity.

The appointment of Canadian Central Bank Governor Mark Carney will prove to be the most significant public appointment of the Cameron administration.

Said to be one of the "brightest of his generation", Carney commands respect globally for his approach towards the global financial crisis. Having watched him throughout, he offers a no-nonsense style which I have no doubt will prove refreshing to many in the UK.

He is also currently Chairman of the Financial Stability Board. This is the global body formed out of the London G20 in April 2009, which has laid out the routemap for financial regulatory reform. He was appointed to that role just because of this candid, can-do approach.

Given the intensity and increasingly protectionist nature of this debate around the globe, it is going to be immensely helpful for the Bank of England Governor to be at the heart of the conversation. At EU level – at a stroke – this will add considerable counterbalance to debates on bank capital or the planned financial transaction tax.

The highly-vocal Canadian Governor was the youngest central bank chief of any of the G20 countries when appointed in 2008, but his inexperience has been countered by an ability to lock horns with global
regulators. At the G20 Summit in Toronto, Carney was crucial in leading the opposition against a global-wide introduction of a financial transaction tax, which he has labelled a "distraction" from more pressing issues regarding capital and liquidity reforms and the world economic recovery.
A staunch supporter of the Basel III regulations, Carney has thrown his support behind the controversial countercyclical buffers in particular, over the past year. Having successfully pushed for a "Canadian approach" to be adopted by the Basel Committee on Banking Supervision, he has since argued that the implementation of a buffer could increase the net benefits of reforms by as much as 20 per cent.

Carney was in the running for the role last year then firmly out of the running, according to press reports. So this announcement must also go down as showing the famously leaky Government communications machine – on this occasion – worked. Not a squeak of Carney being in the running any more.

In fact, when the news broke this afternoon, one of my colleagues asked me where I had heard it. "In a House of Commons statement", I said. Amazing!

However you came to hear about it – it is an inspired appointment. 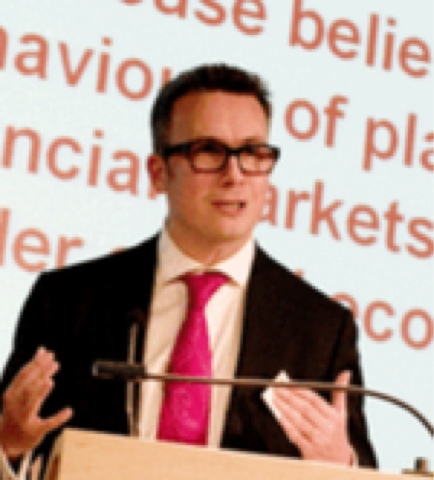