The F-type had its first proper public airing at the 2012 Lord Mayor’s Show in London. It was ridden in by Team GB Olympic gold-medalist and Jaguar Academy of Sports Ambassador Jessica Ennis. The new car was accompanied by two E-types and received a warm welcome from the chilly and dampened crowd.

The E-types were two of the most legendary examples – Chassis No. 4 and No. 24, both of which were restored by Classic Motor Cars of Bridgnorth and showed the strong historic links existing between the two models.

This year’s event saw more than 6500 people, 21 carriages, a Sherman tank and a steamroller taking part, which filled the whole area between Mansion House and the Royal Courts of Justice in Aldwych. The procession was cheered by thousands of people and watched live on the BBC.
Jessica Ennis said: ‘It was great being part of the Lord Mayor’s Show in the Jaguar F-TYPE. I was amazed how many people turned out to watch the procession.’

Pageantmaster Dominic Reid OBE added: ‘It was a great honour for us to welcome such an outstanding Olympian as Jessica Ennis to the Lord Mayor’s Show. It was wonderful how the crowd reacted to her. It was great to see Jaguar back in the parade, and this was particularly poignant as my father’s E-Type was driven in the show in 1973 by Graham Hill.’ 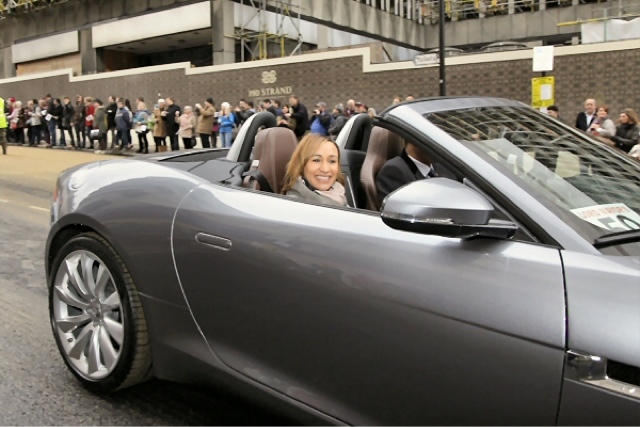 Posted by Cllr Patrick Warner at 16:19