David Cameron is to open a new battle with the European Union by demanding reforms to some of its most controversial spending.

The Prime Minister will use a European budget summit later this month to call for far-reaching changes to the EU’s £279 billion structural funds, which cost British taxpayers more than £4 billion a year.

His move will delight Conservative backbenchers after the Government was defeated in a Commons vote on Europe last week, but risks a new rift with his Liberal Democrat Coalition partners.

Tensions between the two parties over Europe remain high and Nick Clegg, the Lib Dem leader, last week described any attempt by the Government to repatriate powers from Brussels as a “false promise wrapped in a Union Jack”.

A senior government source said that the structural funds system was “particularly silly” and changes were “achievable” given the prospect that other nations would back Britain’s demand for reform.

British taxpayers contribute £4.2 billion a year to the structural funds, which aim to narrow the gap between rich and poor parts of the Continent. In return about £1.2 billion a year is paid back to projects in Britain — but ministers have no say over how it is spent.

The European Commission has warned of widespread fraud and questioned how money is spent in Spain and Italy.

The Sunday Telegraph has found a series of examples of projects which appear not to tackle poverty directly, including £24 million for an arts centre in the Polish city of Bialystok, with four main halls to host opera and orchestral performances, and £13 million for a botanical “wonderland” in France.

Other schemes include a jazz festival in the Caribbean and a tourism project in Poland that recreates scenes from the Bible.

Mr Cameron was already facing a showdown with European leaders at the Brussels talks on November 22 and 23, where the EU’s 2014-2020 budget will be set.

While most EU leaders are pushing for a 5 per cent increase in the EU’s budget, Mr Cameron is insisting on a freeze to reflect the grim economic conditions.

The Prime Minister will also use the meetings to demand that wealthy nations do not receive structural funds, ending the “recycling” of money between richer countries such as Britain, Germany and France. Open Europe, a think tank, has estimated that doing this would have saved Britain up to £4.2 billion between 2007 and 2013.

A senior government source said: “Making changes to the [structural] funds will be discussed at the Brussels summit. We feel this is achievable. It may take time and we can’t do this on our own, but there are other European countries who share our view.

“It seems particularly silly that you have money going from rich countries to build projects in other rich countries. Then there are some rather stupid projects that have been funded.”

The source said that the Government is “optimistic” that senior figures in Denmark, Sweden, Holland, Finland and France may back Mr Cameron’s proposal.

Last week’s Commons vote, in which 53 Tory MPs joined Labour to call for a cut in the EU’s overall budget, is backed today by Andrea Leadsom, a leading Eurosceptic Conservative MP. She told The Sunday Telegraph: “We know the Prime Minister thinks as we do on this. If we can reform the structural funds it would set an important precedent for repatriating other powers. This is a unique opportunity.”

Her rhetoric makes clear that Mr Cameron will be held to account by his already mutinous backbenchers if he fails to make progress on the funds, which account for nearly a third of EU spending.

Earlier this year, William Hague, the Foreign Secretary, said that the Government would conduct a full audit of the cost of Britain’s membership of the European Union.

The two-year review will examine the value of the structural funds between autumn 2013 and spring 2014.

Meanwhile, in a strongly worded article for the website ConservativeHome, Bernard Jenkin, a senior backbencher and chairman of the Commons’ public administration committee, urges Mr Cameron to hold a referendum on Britain’s EU membership before the next election.

Mr Jenkin writes: “The PM should set out, in positive and co-operative terms, that the UK must maintain a single market with the EU … but only if we can take back control over our own laws and legal system. The rules of the single market should be agreed, not imposed.”

He suggests a referendum question before 2015 of “do you want the UK government to negotiate a new relationship with the EU based on trade and political co-operation?” 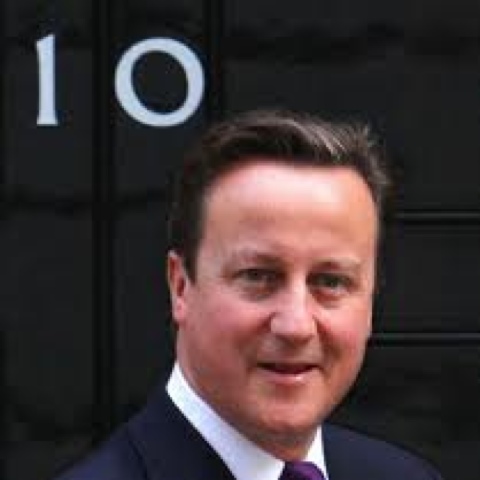 Posted by Cllr Patrick Warner at 14:59