An agenda for EU reform we Tories can agree on 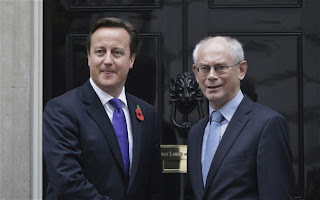 Don’t be deceived by appearances: there’s violent agreement on the Conservative benches over Europe. Although MPs voted in different ways in Parliament last week, we’re all after the same thing – a better deal for Britain. In the end, we all want fundamental reform and a halt to the EU’s ever-encroaching power base.


And it’s imperative that we succeed. But we must address the real issues. There’s no shortage of areas to reform in the EU: wasteful spending, strangling regulation, sclerotic growth and the impending banking and fiscal union. The EU budget is more than £100 billion per year. The UK contributes around £12 billion, net of the rebate. By far the largest spending items are Structural and Cohesion funds (regional spending) and the Common Agricultural Policy, which together account for more than 75 per cent of the budget. Spending on trade and services, by contrast, is only around 2 per cent. With polls showing that most Britons only want to be in Europe for trade, this huge imbalance has to be corrected.


The EU is responsible for negotiating trade deals on behalf of member states. It has recently signed free trade agreements with South Korea, Colombia and Peru. All worth doing, but real opportunities lie in deals with America, China and elsewhere in Latin America, to boost European growth.


Several big-ticket budget items are ripe for reform. Changes to structural funds – help for poorer regions to grow more rapidly – could cut spending by 15 per cent. Every member state gets structural funds. Focusing money instead on the genuinely needy, and leaving richer countries to run their own schemes, would leave almost all member states better off, and save the UK approximately £2 billion each year. The UK should be leading demands for such change.


New measures to boost growth and jobs in the UK (and the EU) are needed fast. This means stripping away unnecessary red tape. The European Commission has tied the EU’s future in knots with overzealous bureaucracy which reduces wealth and job creation without delivering proportionate benefits. Research for the Fresh Start Project, which I co-founded 18 months ago to press for reform of Britain’s relationship with the EU, estimates that if the burden of EU social and employment legislation was halved, it could deliver a £4.3 billion direct boost to the UK’s GDP, as well as around 60,000 new jobs.

Around two-thirds of the cost of EU social and employment legislation come from just two directives: Working Time and Temporary Agency Workers. The NHS suffers particularly badly. Reform is being attempted at the EU level, but is mired in a bureaucratic muddle. We should be pressing for more radical options.

Parliament could be set for another bruising debate this week, this time on the European Banking Union (EBU). This is an issue of strategic importance to the UK. Current proposals have the potential significantly to threaten our financial services industry – a sector that provides more than 10 per cent of our annual tax take, and one million jobs right across the country. The Government must reject anything that threatens our interests.

Britain’s potential EBU veto is a much more powerful one than that over the EU budget. Vetoing the budget is unlikely to significantly change the outcome for the UK taxpayer. Banking union, on the other hand, is something the Government will want to support, though only on the right terms. The UK must make clear it wants to see material benefits to its own financial sector in return for a deal.

In all these areas, the EU needs fundamental reform. This is where Conservatives – and the country – should target their energies. 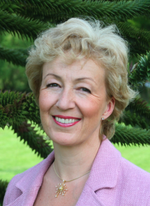