Ministers will publish plans for new laws aimed at ensuring prisoners remain unable to vote in elections - in defiance of a ruling by European judges.

The Ministry of Justice will publish a draft Bill on Thursday which will outline a “series of options” for MPs to vote on to bring an end to the long-running saga, The Sunday Telegraph has learned.

One of these options will be to keep the present system which sees virtually all prisoners prevented from voting, a move which all but ensures Parliament will give new legal status to the current regime by a massive majority.

The other two options in the draft bill - which might not become law for years - will be to give the vote to prisoners serving sentences under six months, and to extend the franchise to inmates with jail terms of less than four years.

Last night Conservative MPs hailed the move. However, the risk remains that the decision can spark a fresh clash with the European Court of Human Rights (ECHR).

In a legal marathon going back to 2004, the Strasbourg-based court has court has repeatedly ruled that a general disenfranchisement of all serving prisoners was incompatible with European law. In May this year, ministers were given six months to amend British law to take this into account, a deadline which is reached on Friday

The issue has sparked intense rows within the coalition. David Cameron has said the thought of prisoners voting makes him “physically ill” while Dominic Grieve, the Attorney General, has warned Britain must comply with the court’s ruling after various appeals failed.

It was technically possible that the UK could be thrown out of the Council of Europe, the court’s ruling body, if it defied the ruling, Mr Grieve added.

The Liberal Democrats strongly support the ECHR but are thought in recent months to have shifted their position because they do not want to be seen to be in the vanguard of an extremely unpopular policy.

Most Labour MPs strongly oppose extending the franchise to prisoners with Ed Miliband telling this newspaper in an interview today that he understands people’s frustration with the court’s ruling on the issue.

Tory MPs campaigning to keep the status quo had held out little hope that Kenneth Clarke, the previous justice secretary, would do anything to defy the ECHR on prisoner voting but Chris Grayling, his more hardline replacement, last month said he was “thinking very carefully” about how to act.

He added: “I am thinking very carefully about how we do the right thing for the UK. Parliament has, in clear case law, the right to say to the European Court of Human Rights 'We do not agree with you’.”

A senior Government source last night said: “The Prime Minister has already made it very clear that under this government prisoners are not going to get the vote.”

Tracey Crouch, the Conservative MP, said: “With both hands previously tied behind his back, Chris Grayling has managed to free one and parliament will free the other. I’ve no doubt that parliament will continue unequivocally to support no votes for prisoners..”

Dominic Raab, another Tory backbencher, who has led a campaign on the issue, said: “Strasbourg has set up a constitutional clash with British democracy that these unaccountable judges cannot win. Ultimately, parliament must and will have the last say on re-writing the law of the land.”

In February 2011 MPs overwhelmingly backed a motion supporting “the current situation in which no sentenced prisoner is able to vote except those imprisoned for contempt, default or reprimand”. The vote, which was passed by 234 to 22, was not binding on the government, however, whereas the latest move would be.

Containing the plans in a draft Bill also has the advantage of buying time for ministers as the Bill will require widespread and lengthy consultation and would be likely to be able to be amended by a committee of both MPs and peers.

In the likely event that the voting ban on prisoners remains, it would represent a boost for the Sunday Telegraph’s End The Human Rights Farce campaign, which highlights the effects of controversial rulings, including cases in which foreign criminals have escaped deportation.

During the debate on prisoners’ voting rights last year, Jack Straw, the former Labour home secretary, accused the ECHR of trying to set itself up as “the supreme court of Europe”.

David Davis, the former shadow home secretary, told the same debate: “If you break the law, you can’t make the law.” 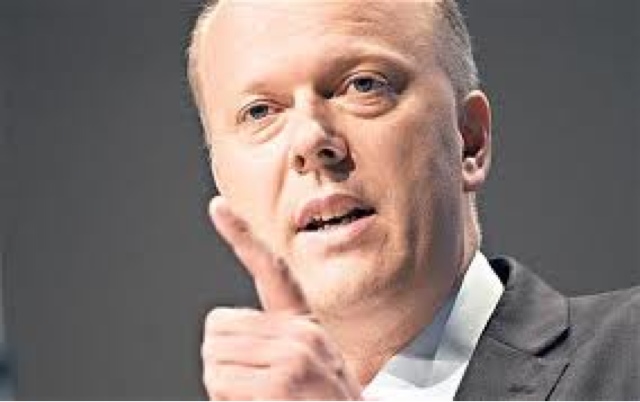 Posted by Cllr Patrick Warner at 13:32