Saturday 3 November is the date for the third running of the RAC future car challenge. If you’re a southerner and your wallet’s threadbare, this presents a great free day out.
The precursor to Sunday’s traditional London to Brighton run (which celebrated the abolition of the Red Flag Act) the Future car challenge runs in reverse starting at Brighton’s seafront Madeira drive and finishing in London’s Regent street – specially closed for the day.

If you fancy being a spectator en-route the paddock in Brighton opens at 06:30 sharp, with the 30 seconds staggered start from 07.30. At 08:00 cars start arriving Central Sussex College in the centre of Crawley (AROnline’s top tip for a quiet rummage through the assorted machinery) before finishing at the Imperial College London from 09.30 onwards. The ceremonial finish in Regent Street and subsequent display begins at 11.30.

In addition to the Future car competitors, 100 pre-1905 Veteran ‘old crocks’ entered in Sundays London to Brighton will be on display, along with a Jubilee selection of British marques from the last 60 years. Enough of the side shows – what about the cars?

As the Future car challenge is a show case for environmental vehicles, the 32 entrants are all low emission vehicles. Now here at AROnline we know the eco argument is, shall we say potentially flawed, but just as the pre-1905 Veteran cars bore no resemblance to cars made only a few decades later, the same benefit of doubt should be given to today’s low emission vehicles.

So, apart from the obvious hybrids and the 2012 car of the year Vauxhall’s Ampera, what should you be looking out for? You might remember our Geneva report and Morgan’s Plus E fully Electric (EV) roadster. Saturday’s run should give you a first viewing in the real world, surrounded by real traffic – we can’t wait to find out how the Zytec engineers get on.
The other loud roar comes from JLR with three Jaguar XJ_e PHEV saloons. Despite the awful moniker, this is Jaguar’s take on Lexus domination of the hybrid executive market. The 2-litre turbocharged internal combustion engine/69KW electric motor is a ‘Plug-in hybrid electric vehicle’ or simply a rechargeable electric car around town, a real car on the open road. First seen this summer at Goodwood, this is also your first chance to see the XJ_e PHEV in the wild.
If all this is just to sophisticated for you, check out the LBVCR website for the gentleman’s take on competitive motoring. Either way both events are a fabulous day out – why not pop along? 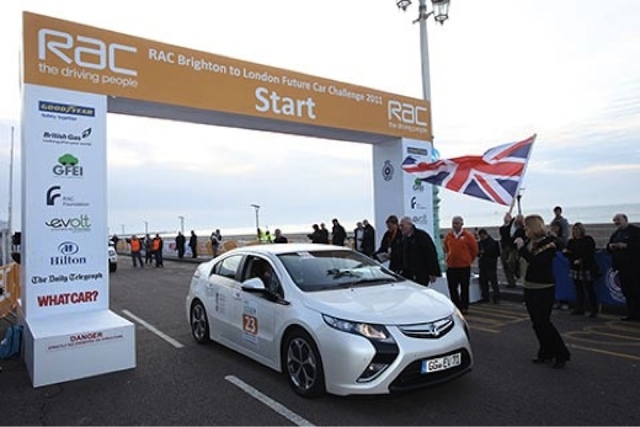 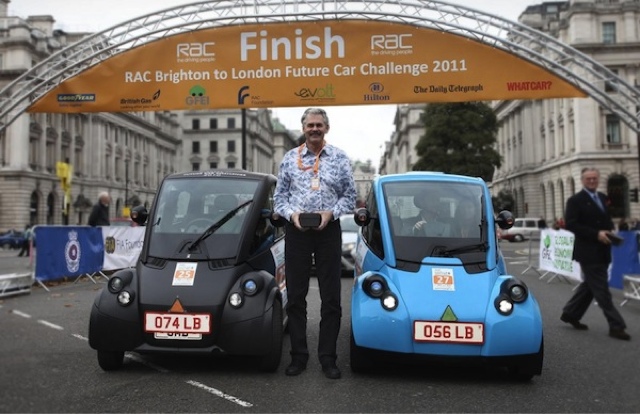 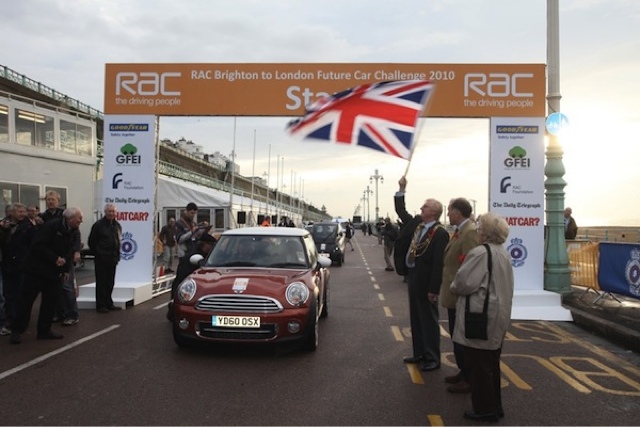