GROWTH and jobs in Britain will significantly outstrip the EU’s next year, experts predict.

The National Institute of Economic and Social Research said our economy will expand by 1.1 per cent, while the eurozone will flatline.

Unemployment will also stabilise at around eight per cent in the UK — but soar to 25 per cent in some single currency countries.

The projections were another boost for the Government after figures last week showed that Britain has burst out of recession. 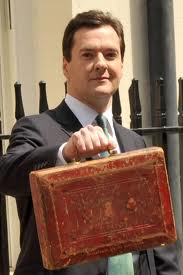 But because of the global economic downturn this year, George Osborne won’t be able to wipe out the deficit until 2018 — meaning cuts and tax rises for SIX more years. NIESR said: “Risks to the UK economy are dominated by the external environment.”

Posted by Cllr Patrick Warner at 03:14