Theresa May vows to fight on, despite Abu Qatada's latest legal victory

Abu Qatada - known in the tabloids as "Osama Bin Laden's right-hand man in Europe" - has won his appeal against deportation to Jordan and will now be released from jail tomorrow, under curfew. Theresa May had, through painfully long negotiations, won assurances from the Jordanian authorities that no evidence gained from torture could be used in court against Qatada. Britain's Special Immigration Appeals Commission has nonetheless decided - largely, it appears on very technical grounds - that a fair trial cannot be guaranteed.

The BBC's home affairs correspondent Dominic Casciani described the ruling as an "absolutely huge blow to the home secretary" and as "a very, very significant judgement." Sources close to Theresa May, however, tell ConHome that the Home Secretary is determined to appeal the judgment and to patiently, persisently pursue all legal options until Qatada is successfully extradited. Mrs May delivered the extradition of Abu Hamza, noted my source, and she's not ready to give up on this mission either.

Theresa May will make a statement to the House of Commons in the next few minutes on the news. She's likely to be urged by backbench Tory MPs to tackle the underlying problem of ECHR membership. Earlier this year Tory MP Peter Bone called for temporary withdrawal from the Convention in order to deliver Qatada's immediate extradition. Patrick Mercer argued that European laws meant that one of one of the world’s most dangerous men was allowed to walk the streets of London. Last week, in an interview with Paul Goodman, Justice Secretary Chris Grayling opened the door to Britain leaving the ECHR. The world, he said, has changed since the convention has drawn up, people "who have an avowed intent to try to do damage to our society" are trying to use the court to stop deportation, and the court and its jurisprudence "have moved far, far away from the original intention of the authors of the convention."

The Daily Mail estimates that legal costs for Mr Qatada have equalled nearly half-a-million pounds over the last ten years of disputed proceedings. That's enough to pay off a BBC Director General. 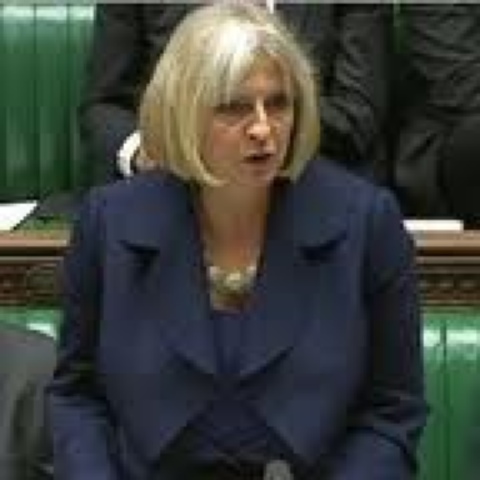 Posted by Cllr Patrick Warner at 13:36