Pointless road signs which clutter the countryside and state the obvious are to be banned, the transport secetary will say.

The Government is working on new guidance for local councils and highways officials on reducing sign clutter, as well as revised traffic signs regulations.

The plans will be announced by transport secretary Patrick McLoughlin in a speech to members of the Campaign to Protect Rural England on Tuesday.

He will say: “Too many country roads carry a reminder of how insensitive planners can be to the aesthetics of transport design with the ugly and unnecessary signage that clutters up the network.

“New signs are added without any apparent consideration of existing ones or what’s needed. And then there are those ‘temporary’ yellow signs saying ‘new road layout ahead’ that are left to rot for years.

“Often what we’re left with is not just a blot on the landscape. It’s also something that’s confusing and dangerous.”

Mr McLoughlin will cite one example near his home in Derbyshire where “there’s an ugly big sign by a beautiful medieval church that just says ‘no footpath ahead’. There isn’t one behind either. It’s a country lane and we should just respect it as such”.

The new guidance and traffic signs regulations will be issued by Autumn next year. He will add: “The combined effect of these changes will be to give authorities and designers much greater freedom to declutter and simplify country junctions.

“And I want to make sure that they use it. So my message today to Highways engineers is: if in doubt, don’t do it. Save your money for something that matters.”

Mr McLoughlin will also use the speech to make clear that the Government is pressing on with plans for a high speed rail link across England. He is setting up an independent high speed rail design panel to review plans for stations, large viaducts and bridges.

The transport secretary is also due to announce the next stage of the high speed link – a Y-shaped route form Birmingham to Manchester and Leeds – by the end of next month. 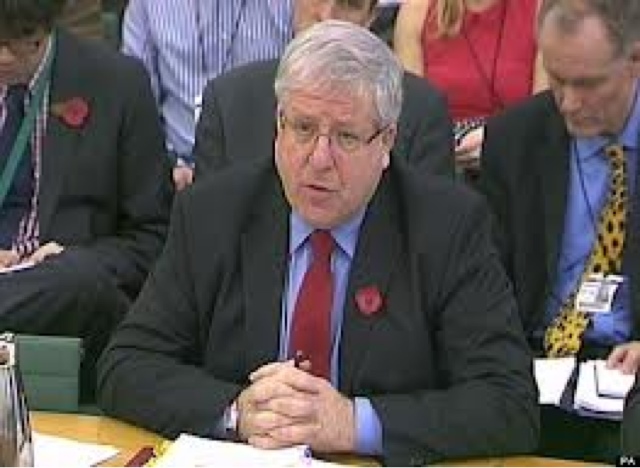 Posted by Cllr Patrick Warner at 13:47