Could Owen Patterson be the man to save us from Brussels?

THE Right is the largest faction in the Conservative Party. Most grassroots members are firmly Right-wing on every issue from law and order to country sports and many local associations select parliamentary candidates in their own image.
So it is a mystery that for more than two decades the Tory Right has lacked a charismatic leader in the House of Commons. When Margaret Thatcher was toppled the Right could not even find a candidate to put into the field for the subsequent leadership election.

It was forced to swing behind John Major to prevent Douglas Hurd and Michael Heseltine turning the leadership into a private contest between ardent pro-Europeans. In 1995, by which time Thatcherites had discovered that Major was by no means “one of us”, they were soundly beaten by him when they put up John Redwood to contest the leadership.

In 1997 Mr Redwood was well beaten again by William Hague who in turn was thrashed at the 2001 general election. Then an undiluted Rightist, Iain Duncan Smith, became party leader but was such a disaster he had to be removed after two years, making way for Michael Howard. The former home secretary did a good job but failed to set the pulses racing and was beaten by Tony Blair at the 2005 election.
The Tory Right has a new leader and I had better tell you about him because he will be a key player in politics for the remainder of this parliament

After that contest the Tories turned to David Cameron in preference to either of the two champions of the Right: David Davis and Liam Fox. Both Davis and Fox have since blown up – the former when he resigned as shadow home secretary to campaign on civil liberties, the latter when he resigned from the Cabinet over the role of an adviser. I t has been received wisdom for several years that the absence of a single commanding figure for Right-wing MPs to rally behind means they have no alternative other than to meekly accept whatever is the latest “modernising” ruse dreamt up by David Cameron.

But this has now changed. The Tory Right has a new leader and I had better tell you about him because he will be a key player in politics for the remainder of this parliament. His name is Owen Paterson and he is Secretary of State for the Environment. Prior to that he was Northern Ireland Secretary.


In Ulster he adopted a nononsense, pro-Union attitude that nevertheless kept the peace process intact. On one occasion he tore a strip off a civil servant who had drafted a memo that referred to a republican ex-terrorist as a “former prisoner of war”.

As Environment Secretary he has already signalled his scepticism about wind farms and is being tested by two tricky issues: the possible badger cull and the arrival of the ash dieback disease. But as befits a man from rural Shropshire he is handling them with authority.

Paterson is from a classic Tory background – public school and Cambridge – but with a difference.

Rather than hang around with the London media and politics set after university he got himself a proper job – as sales director of the British Leather Company before going on to run another tanners company in Halesowen in the Midlands.

He’s in noticeably good nick for 56, is married into the aristocratic Ridley family and has progressed largely because of a dogged adherence to causes in which he believes.

Most interestingly one of those causes is the restoration of British sovereignty in respect of the European Union. After last week’s House of Commons rebellion over proposals to expand the EU budget it was reported that an unnamed Cabinet minister had seriously considered resigning to lead the uprising.

I do not know that the minister in question was Mr Paterson. But I did hear well-sourced stories that he was one of those ministers giving an approving “nod and a wink” to Tories who defeated the Government by voting to cut the budget.

Paterson has already been in hot water with Downing Street for his Eurosceptic views. Almost a year ago he gave an interview in which he became the first minister to describe a referendum on Britain’s relationship with the EU as “inevitable”.

Since then the mood of Tory MPs has hardened against the EU, with many more happy to say they believe Britain would be better off out and that they want a referendum soon.

Of course Mr Paterson’s position has been further strengthened by his promotion to a more mainstream Cabinet portfolio.

On the back benches a growing Eurosceptic army has been in search of a leader. It now has a Cabinet champion. Mr Duncan Smith is content to be kingmaker for the Right, seeing his life’s mission as reforming the welfare state. Mr Paterson is the man who would be king. 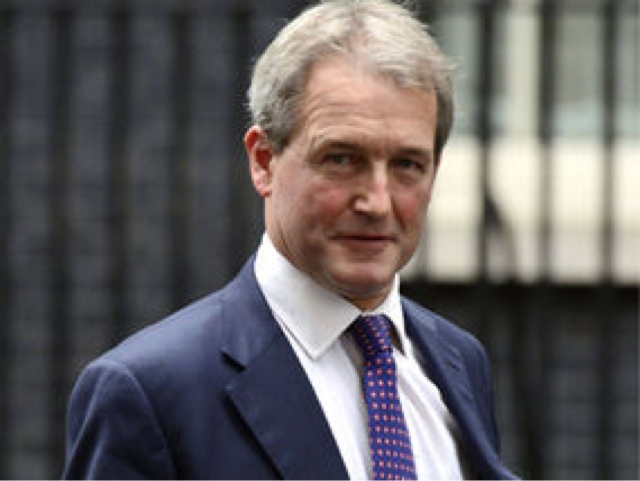 Posted by Cllr Patrick Warner at 13:57