The wisdom of Alistair McAlpine - a man who, in two senses, lives well

Margaret Thatcher's wronged former party Treasurer went on the World at One today. His interviewer, Becky Milligan, quoted Boris's Daily Telegraph article of earlier this week, which said that to call someone a paedophile is to "consign them to the lowest circle of hell - and while they're still alive".

This is right. And as Lord McAlpine pointed out in response, the damage done by Newsnight will never be fully corrected. "No it can't be repaired," he answered. "It can be repaired to a point. But there is a British proverb which is insidious and awful where people say "there's no smoke without a fire", you know, "he appears to be innocent, but..."

Now, if I - or you - were Lord McAlpline we would, justifiably, feel rage and fury, and express them. We would be angry with Steve Messham, the victim of abuse in North Wales who made the identification - even though he himself seems to have been misled - with Newsnight, with those gormless twitterers, and many, many others. So consider these words from the transcript:
"Well I felt very angry but the whole point about anger it gets in your bones, it rots, it rots your life and so I try to put anger on one side. And I really don't have a great deal of anger."

On Mr Mesham: "I was very grateful that he said this [an apology]. I actually have deep sympathy with him. He's obviously a man who has suffered a lot in his life. I've been blessed in my life. I've been very lucky. But he's had a terrible time. But it wasn't me."

On whether legal settlements will make him feel better: "Look I've...I will feel better not from settlements, but from my wife, my family, my friends. The people I don't even know who've written to me. That's what makes you feel better. The settlement will just be a warning - don't go there."
"I think it describes pretty much what happened to me in the first few days of this event...it gets in to your bones. It gets into, it makes you angry. And that's extremely bad for you to be angry. And it gets into your soul. You just think there's something wrong with the world."

This kind of sense and sanity can't be faked - the knowledge that this kind of anger doesn't kill your enemies: it kills you. I don't know Lord MacAlpine, but he strikes me as being a wise and good man - like his brother, Bill MacAlpine, the President of the Wycombe Association when I was the MP (and still so now, I believe).

Lord MacAlpine also said: "Well look, I'm 70 years old, I've got a very dicky heart. And, so I don't want to die. Not for another 20 years at least." As I say, I don't him, but gather that he enjoys life - that he lives well (which the title of his autobiography, Once A Jolly Bagman, indicates). But I hadn't grasped until today that he lives well as well as living well. 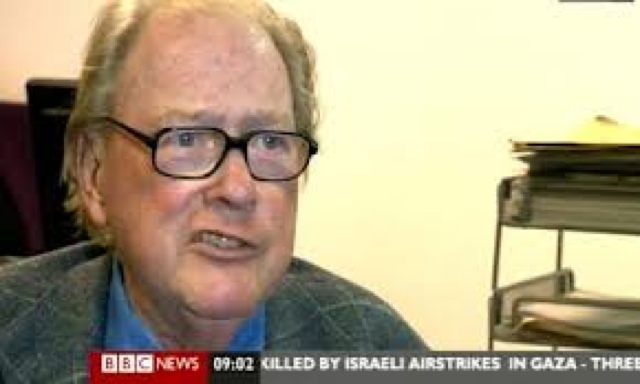 Posted by Cllr Patrick Warner at 09:59