Boost to campaign to upgrade A27 from Polegate to Beddingham

Anyone who drives along the A27 between Polegate and Beddingham on a regular basis will know that this busy stretch of road is terrible, with regular heavy congestion and a poor accident record making journey times very unpredictable and restricting the potential of Eastbourne and the surrounding area as a place to live, do business and visit. 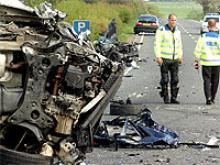 The last Conservative Government recognised this and approved plans to upgrade the road between Polegate and Lewes but when Tony Blair's New Labour Government came to power in 1997, one of the first actions of the Transport Secretary, John Prescott was to cancel all road building schemes apart from those benefiting Labour constituencies in the North of England.

Lib-Dem MP for Lewes, Norman Baker who had also campaigned against the vital upgrade was jubilant despite going on to benefit personally from the demolition of his home close to the former Beddingham Level Crossing when the flyover was built and he and Eastbourne's former MP, Nigel Waterson went on to cross swords on the subject until the 2010 General Election.

Since the Coalition Government came to power, Eastbourne residents have seen the neighbouring towns of Bexhill & Hastings benefit from go ahead being granted to a new link road and improvements to the A21 to Tonbridge. Further along the coast in West Sussex, improvements to the A27 have also been given the green light. However the best Eastbourne and Polegate can be offered is Norman Baker (now worryingly a Minister of State in the Department for Transport) recently taking great delight in opening a cycleway from Firle to Beddingham alongside the traffic jams on the A27 at a cost of over £1m. 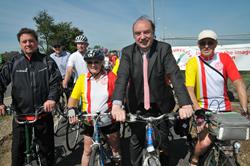 'This Council calls on Her Majesty's Government to unlock the potential of Eastbourne and the surrounding area by upgrading the A27 between Polegate and Beddingham' and I hope that following this meeting, members of neighbouring Wealden District, Lewes District and East Sussex County Council along with a number of Parish and Town Councils might join the campaign by passing identical motions, thereby adding weight to our calls and persuading Government to get these vital improvements back on the agenda". 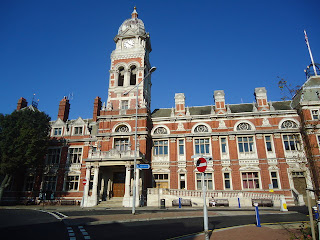 Posted by Cllr Patrick Warner at 06:03