Tracey Crouch MP: Tories will be re-elected if they get the country out of the economic mess, not get themselves into the jungle

Tracey Crouch is the Member of Parliament for Chatham and Aylesford.

The punters in the pub are disappointed I didn’t go to the Jungle. Why? I asked. Is it because they do not relate to me, they wanted to know more about Tracey Crouch, their local Tory MP, and see me raise the big issues of the day with celebrities they’ve never heard of? Nope – they wanted to see me eat Kangaroo willies and scream my head off being covered in cockroaches!

I drink in the pub most weekends. I go to the supermarket in skinny jeans and walk to the village shop with trackie bottoms over my PJs. I gulp at the cost of filling up my car with diesel. I stand on the side of a football pitch most Sundays in shorts freezing my knobbly knees off. I swear when my beloved Tottenham play like pants. I swear at other things too. Half way through the month I need to check my bank account on a daily basis. I love the X Factor and trash TV. I hardly ever remember to ring my mum back and forget birthdays. I call an electrician a sparky. I give my car parking ticket with time left on it to someone else. I eat too much chocolate and drink too much wine. I laugh and cry at things I shouldn’t. I crush spiders with the shoes I’ve left lying untidily around the house. I’m rubbish at maths.

I would consider myself normal. But how can I be? I am a MP. And apparently that makes me abnormal and unable to relate to people.

But then can someone please define a normal person and a normal job? I live in a terraced house between a policeman and a careworker. I admire them both but I couldn’t do either of their jobs and, speaking to them, neither would want to do mine. I’m not cut out to clear up vomit, see dead people or put my life in danger but then they wouldn’t want to be stopped in the street and be asked about salt bins at the end of a long day trying to help sort out the problems of others.
The world doesn’t do 9-5 anymore. We all have weird hours, pressurised jobs, changes that we do or don’t agree with, likely public profile if something goes wrong, families we leave behind or miss due to anti-social hours. I have a fantastic job – a hard one and one that consumes your entire life – but then so does the policeman on one side and the careworker on the other.

In every workplace there are those who have had easier lives than others, those with money and those without. There are people who are nerds, those who fly by the seat of their pants. There will be some who arrive in a flashy car and others who travel by bus. Some colleagues will work the absolute minimum and others who clear their emails on a Sunday. There’ll be occasions when the job takes you abroad and away from your desk and there’ll be some who will prefer to stay at home. Westminster and MPs have always been seen as different and out of touch but actually it is pretty much the same as the rest of society; we have our fair share of rich, poor, weird, brilliant, unfunny, bright, not-so-bright, unattractive and beautiful mix of colleagues like most organisations.

But then the UK is also made up of a rich tapestry of constituencies. There are some that have pony clubs, naval bases, areas of deprivation, a white van culture, a commuter belt, a rural idyll. MPs often reflect their constituencies. There were seats I went for as a candidate where I knew I wouldn’t be right but on my very first meeting in Chatham & Aylesford I knew it was the perfect seat for me – for starters someone called me Trace.

Like everyone else this is a career path I chose and, like most MPs, I believe the way to relate to constituents is to listen to them, work hard for them and show them respect. Just because the wider public don’t know that I leave coffee mugs all around the house or that I was brought up by my single mum or that I didn’t eat steak until I was 21 because it was too expensive, I don’t feel the need to take a paid month away from my job to prove it. Why not? Because I am paid by the taxpayer to represent the people who elected me to Parliament and I bet no-one will vote for me at the next election because I am “normal” or whether I did a bush tucker trial but on my record and what I, and the Government, have done to help improve their lives, their communities and the country. 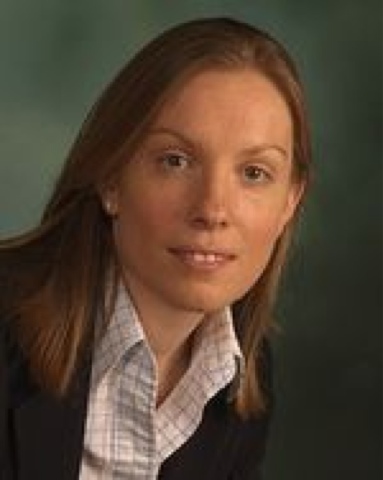 Posted by Cllr Patrick Warner at 14:24