Nadhim Zahawi MP: We need an independent regulator to hold newspaper editors and proprietors to account

Before the crash in 2008 the banks offered politicians a choice: we could have free markets, or we could have effective regulation, we couldn’t have both. The current debate about the Government’s response to Leveson rests on an equally false dichotomy: statutory regulation on the one hand, or the hard-won liberties of Fleet Street on the other.

For newspaper editors and proprietors this has been a great debating tactic. It’s thrown up a smokescreen of high principle in front of the real debate, which is about whether we continue with a failed system of self-regulation, or bring in an independent regulator which the public can trust to do its job.

I was born in a country where every media outlet existed to glorify the regime, no British politician is more grateful for a free press than I. When I was asked to sit on the Joint Committee on Privacy and Injunctions my gut instinct was to oppose statutory regulation. But having heard the evidence, it’s clear to me that the PCC lacked either the impartiality or the clout to uphold a professional code of ethics.

MPs know better than anyone that when a major scandal has occurred under a period of self-regulation, the way to restore public trust is not to propose more self-regulation. Yet this is what the industry has done. A free press is not the same as an unaccountable press, any more than an elected government is beyond Parliamentary scrutiny. We need an independent regulator to hold editors and proprietors to account.

Some will argue that my terms of reference are meaningless, that the concept of professional integrity has no relevance in the age of the anonymous tweet. I believe they are wrong. The public have a very clear sense of the standards they expect from journalists, as the anger over phone-hacking shows. Those expectations should be put on a statutory footing. This isn’t about muzzling free speech it’s about giving a fair hearing to those who don’t have the column inches or the circulation to answer back.
Many have argued that a change in the law is unnecessary because the worst abuses clearly breached existing laws. Aside from the obvious objection that existing laws were plainly not a deterrent, this line of thinking throws up two problems. The first is that one of the main points of having a press regulator is to help resolve disputes before they make it to court. Celebrities are big enough to look after themselves, but not everyone has the legal muscle to sue a multimillion-pound company for defamation or breach of privacy. Many would much prefer a printed apology or right of reply to a long and costly legal battle. After all, as the internet has reminded us, free speech is a dialogue; it’s about hearing both sides of the story. The kind of regulator I envisage would focus on mediation, with credible sanctions as a last resort.

The second problem with an appeal to the courts is that sometimes newspapers might be justified in breaking the law: take the Telegraph’s purchase of the stolen MPs’ expenses CD. And it’s not hard to imagine an instance of phone-hacking which would have been in the public interest. What if Jimmy Savile’s phone had been hacked? If we focus solely on court solutions to the abuses uncovered by Leveson this sets a dangerous precedent. In the future unscrupulous elites might be tempted to use the privacy laws invoked against phone-hacking to threaten legitimate investigative journalism.

This is why we need an independent regulator to set consistent standards in assessing the public interest test. In contrast to the approach of the PCC we need a definition of public interest which protects both journalism and the public. Some have claimed that such a definition would be unworkable, but we already have a precedent in the way Ofcom regulates the broadcast media. I’m not suggesting a direct print equivalent of the Broadcasting Act, but it’s worth remembering that regulation by a statutory body did not prevent ITV from breaking the Savile story.

We should remember too that opposition to unaccountable power is a deeply Conservative issue, it’s in our blood. The Tory Party came into being three hundred years ago in opposition to Walpole’s Whig oligarchy, under Thatcher we broke the power of the union barons, and under David Cameron we’re tackling the ‘too big to fail’ blackmail of the banks.

Yesterday I and 41 of many colleagues, including ex-ministers and PPSs, published a letter in the Guardian calling for a new system of regulation, one that’s independent of both politicians and the media and guaranteed by statute. We don’t pretend there are easy answers to making this work. We need a regulator with teeth, but what powers should it have? Who should sit on the Board? And how do we take account of the role of the internet? Above all, how do we gain a consensus between political parties, the public and the media itself? It’s vital we get this right. 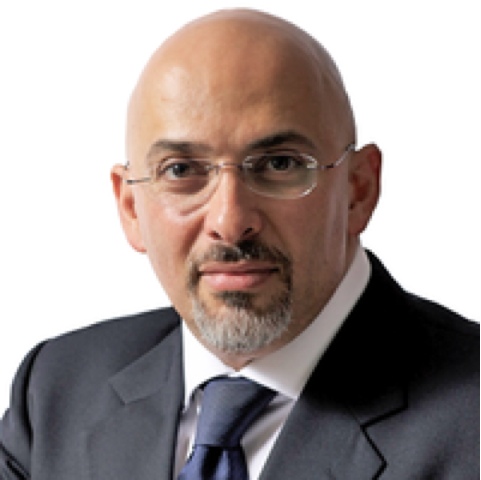