Back in the 2005, when Urban Exploration was new and exciting, the sprawling Longbridge site came under considerable scrutiny. After MG Rover fell into administration, talented and brave young trespassers with nice DSLRs and a gift for framing a great photograph broke in and supplied us with some great pictures of hitherto unseen parts of the factory (see below links).

One enduring image from the tunnels below the factory was of a lone Mini Clubman, which had been seemingly left to rot. Standing in dank water and away from sunlight for at least 30 years, the car was something of a lone and rather sad survivor – a time capsule reminder that beneath the factory is an intricate network of passages that saw so much action.

They served to protect the factory workers from German bombers during WW2 and ended up becoming something of a storage-cum-hiding area in more recent years.

However, when it became clear that the tunnels were due to be filled in during the next round of site excavation and redevelopment, Steve, a Mini enthusiast, decided that he would save the car. He got in touch with St. Modwen (the site’s owner) and arranged to have the car removed legally, with a view to rescuing it. As for why the car ended up there with practically zero miles on the clock and a huge v-shaped dent in the roof, Steve said, ‘the Mini was finished and was being driven around the site as a pool car. It had covered 11 miles, then I believe a storage container fell on it. So they hid down the tunnel.’

Steve has decided to restore the car to its former glory – which will be, in his own words, a huge project. However, it has caused something of a fracas in the Mini community, with deep feelings for and against its removal in the first place and now its restoration.

You can read all about that on the ongoing Mini forum thread. What do you think? Should it be restored or should this ‘virgin’ Mini Clubman have been left to rot? 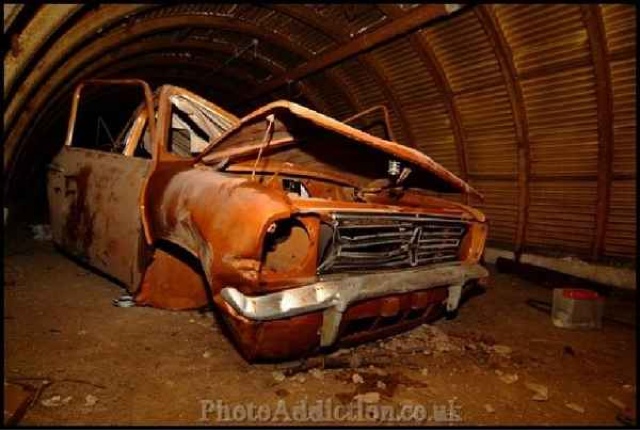 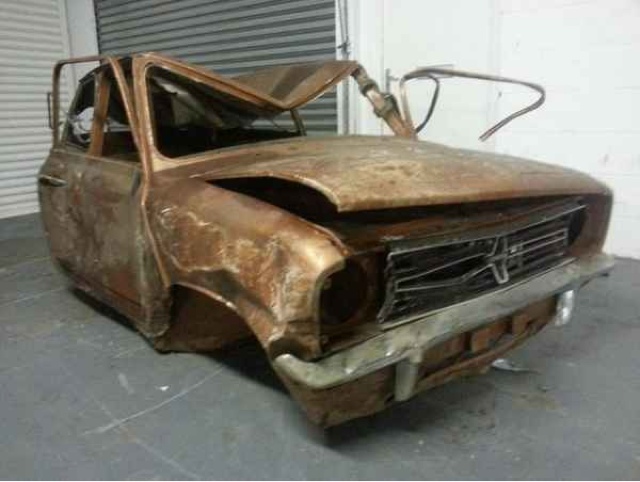